Hezbollah wants Hariri back , has given up on Diab ? 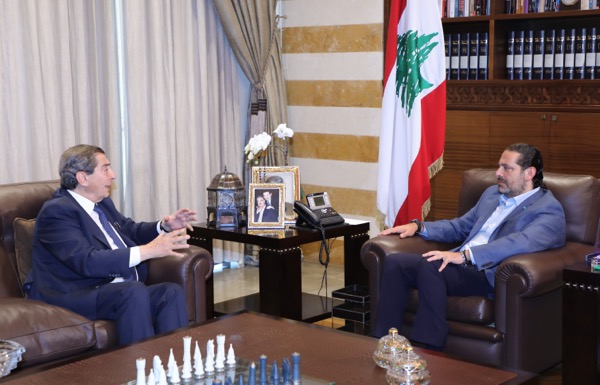 Ferzli, who is also close to President Michel Aoun, called for pondering ways to rescue the country or at least “put it on the path of salvation.”

“The main gateway for this contacting the political leaders who truly represent the components of the Lebanese society. We all agree that former PM Saad Hariri is one of the main gateways, or rather the main gateway, for creating Lebanese unity,” Ferzli told reporters after the talks.

Asked whether there should be a governmental change, Ferzli said: “My personal opinion, and with all due respect to the head and members of the incumbent government, is that a reevaluation of the government’s structure has become necessary.”

“I even urge Mr. Prime Minister (Hassan) Diab to exert efforts to facilitate the formation of an alternative government that would contribute to finding solutions for the Lebanese society,” Ferzli said