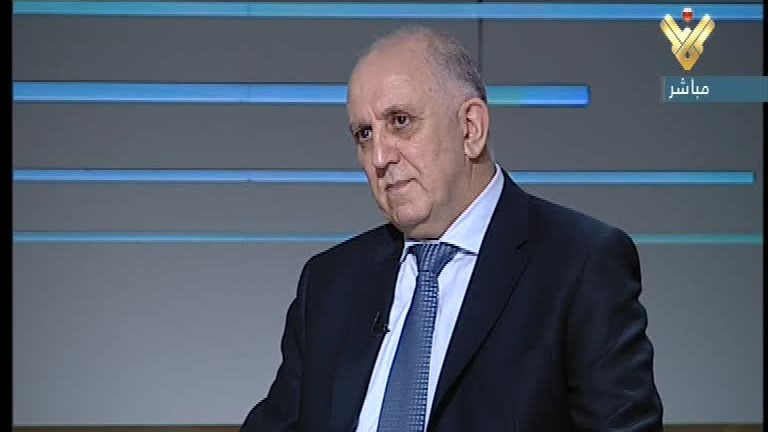 Interior Minister, Mohamed Fahmi, has admitted he killed two men during the country’s 15-year civil war and claimed he was protected by now President, Michel Aoun, in a television interview with Hezbollah’s Al Manar on Saturday. He described his relationship with Aoun as “spiritual”
Share:

Lebanon’s Interior Minister, Mohamed Fahmi, has admitted he killed two men during the country’s 15-year civil war and claimed he was protected by now President, Michel Aoun, in a television interview with Hezbollah’s Al Manar on Saturday.

The footage, shared by Maha Yahya, the director of the Carnegie Middle East thinktank, on Twitter, shows the rare admission of violence from a government official. Fahmi says: “I apologise to the folks, to the audience. There was an incident and I killed two.”

The pair, according to Fahmi, belonged to a “powerful group”, from which, the now-interior minister claims, he was protected by now-President Michel Aoun. At the time, Aoun was a senior army officer.

“I killed two people, and there was a clash with this party. And even though the party was really strong. [Aoun] called for me to come to his office… [Aoun] said, ‘listen Mohammed, as long as I am breathing no one will even poke you with a fork’. This is Michel Aoun.”

#Lebanon 's minister of interior admits he killed two people but was protected from a powerful militia by the then army chief president Michele Aoun- this came as he sought to explain the "spiritual" relation between them #chosenbymerit #LebanonProtests #لبنان__ينتفض pic.twitter.com/euSMN8Sm2b

Fahmi described his relationship with Aoun as “spiritual”, raising questions over ties between Hassan Diab’s ostensibly independent technocratic government and remaining officials, including Aoun, who are widely seen as part of the corrupt elite.

Nevertheless, in the interview, Fahmi said he was “loyal” to Aoun. Adding, “as long as I have a breath in me neither I nor my family will forget what he did… he protected me from getting killed”.

Aoun was a brigadier-general in the Lebanese Army in the early years of the civil war, before rising to lead the entire organisation in 1984.

The now-president fled the country at the end of the war, as a result of the Syrian occupation of Lebanon, only returning in 2005 to establish the Free Patriotic Movement and start his political career. He has been president of Lebanon since 2016.

Fahmi, meanwhile, served in the Lebanese military until 2006, when he joined Blom bank, the country’s largest bank, as head of security.

The now-interior minister has come under fire a number of times since joining the government in January, particularly in March when troops dismantled the protester camp in downtown Beirut while coronavirus restrictions were in place.

Moreover, Fahmi has likened renewed protests to scenes from the civil war, claiming demonstrations aim “to create chaos and a civil war in Lebanon” and to “lure Hezbollah to chaos”.