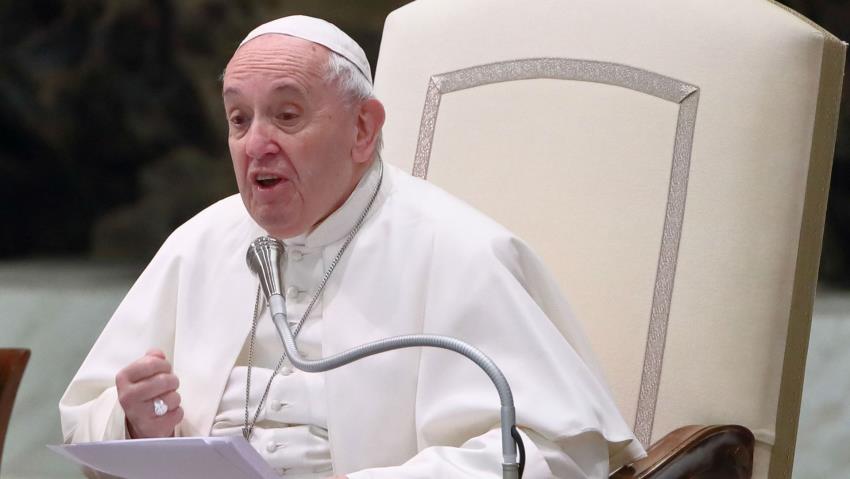 The pope has warned that dire economic problems in Syria and Lebanon could lead to mass starvation, warning the hardships on families could worsen unless the world intervenes with more aid.

Speaking from the Vatican on Sunday, Pope Francis urged the world to act days before a major donors conference for Syria takes place in Brussels, at a crunch time for the region.

“There are small children who are hungry, who do not have anything to eat,” he said during his Sunday Angelus address, regarding Syria and Lebanon.

“Let us pray for this important meeting, so that it may improve the dramatic situation of the Syrian people and neighbouring peoples – particularly Lebanon – in the context of serious socio-political and economic crises that have been made even more difficult by the pandemic,” he said in the speech.

“Think of the fact that there are small children who are hungry, who do not have anything to eat. Please, may the leaders be capable of making peace.”

“Think of the fact that there are small children who are hungry, who do not have anything to eat. Please, may the leaders be capable of making peace.”

The EU-UN Brussels IV conference on “Supporting the future of Syria and the region” comes at a crunch time with the WFP reporting that at least 9.3 million Syrians are now food insecure.

Analysts have warned that Caesar Act sanctions could worsen the situation for ordinary Syrians, who are already suffering from the plunging lira, cuts in remittances, and mass inflation.

David Beasley, head of the WFP, told the BBC on Monday that Syria faces mass starvation unless more aid is given.

“The whole world’s facing crisis unlike anything we’ve seen probably in everyone’s lifetime. But, quite frankly, what’s happening in Syria is unprecedented. It’s the worst of all storms coming together,” he said.

In neighbouring Lebanon, economic issues are also leading to scenes not witnessed for years, including long lines outside bakeries over the weekend.

The lira has lost nearly 80 percent of its value since October seeing Lebanese savings wiped out and basic goods increasingly out of reach for millions.

In addition to bread shortages there are also reports of a serious lack of medicines and other essentials.

Lebanon is looking to for a bail-out to prevent a complete economic meltdown, which economists and activists say is looking increasingly likely.

Talks with the IMF for a loan suffered a set-back on Monday when Lebanon’s chief negotiator Alain Bifani unexpectedly resigned his finance ministry post.