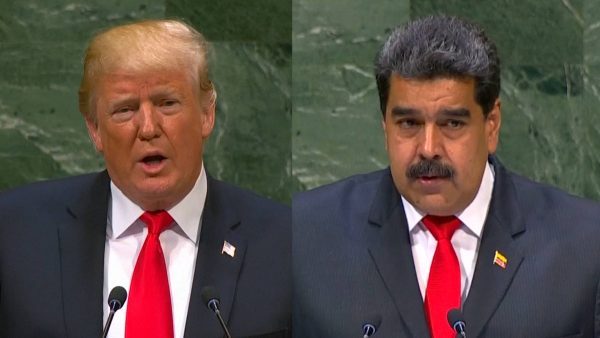 Venezuela President Nicolas Maduro said on Monday he is “prepared” to talk to US counterpart Donald Trump, who earlier claimed he was open to meeting the socialist leader to discuss his exit from power.

Trump said he “would maybe think about” meeting Maduro in an interview with Axios published on Sunday, but he changed track in a tweet on Monday.

“My Admin has always stood on the side of FREEDOM and LIBERTY and against the oppressive Maduro regime! I would only meet with Maduro to discuss one thing: a peaceful exit from power!” said Trump.

Maduro made no specific mention of Trump’s quotes but said that “in the same way I spoke with (Joe) Biden, I could speak with Trump.”

Democratic nominee Biden is running against Trump for president in November’s US elections.

Maduro met Biden in 2015 when the latter was vice-president to Barack Obama.

Washington has been one of the chief allies to Venezuela’s opposition leader Juan Guaido but that support has waned as the National Assembly president’s challenge to Maduro’s authority has lost impetus.

Guaido caused a stir 18 months ago declaring himself acting president after the opposition-controlled parliament decreed Maduro a usurper over his 2018 re-election in a poll widely viewed as rigged.

The US was one of the first of more than 50 countries to recognize his claims and the Trump administration ramped up sanctions on Maduro and his inner circle in an effort to starve him of revenue and force his resignation.

After initially drawing huge crowds in anti-Maduro rallies, Guaido’s star has dimmed over the last year.

In January he even faced a challenge to his positon as National Assembly leader from an opposition legislator and former ally — an issue that has never been resolved.