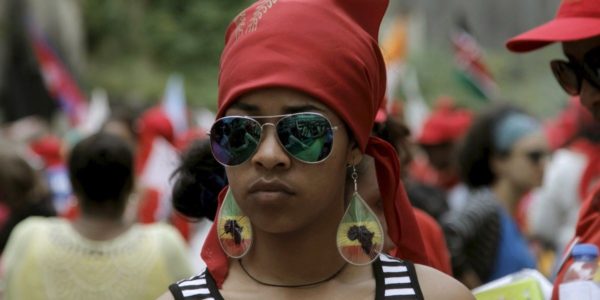 Penniless Ethiopian maids have been left outside the Ethiopian embassy in Beirut by employers who can no longer afford to pay their salaries, because of the financial crisis in Lebanon .

The Lebanese banks stopped allowing the Lebanese access to the their bank accounts and for this reason they have been unable to pay the foreign domestic workers their salaries .

All foreign domestic workers get paid in US dollars

Footage filmed by BBC News and a Telegraph report this week detailed how Lebanese employers have routinely been abandoning domestic staff. The women are left at the Ethiopian embassy — which has not opened its doors to the workers — and have no choice but to sleep on the street.

Lebanon is suffering an acute economic downturn due to the Covid-19 pandemic and months-long anti-government protests. The currency has lost 70% of its value since October, with unemployment rocketing, savings evaporating, and the prices of some essential goods has tripled.

There are around 250,000 migrant workers in Lebanon, according to DPA news agency, many of whom are employed by many middle-class households as domestic staff. A large proportion of that workforce is Ethiopian, and some are from other African and Asian countries, the Telegraph reported. Many households have decided that they can no longer afford to pay domestic staff.

The first group of 34 women who were dumped by employers outside the embassy were taken into a shelter last week, the Telegraph reported.

“All 34 Ethiopian domestic workers who are stuck in front of their embassy will be taken later Thursday to the Caritas shelter,” said Huson Sayyah, the head of foreign workers at the Beirut charity Caritas, according to DPA news agency.

But word appears to have spread around Beirut since, and dozens more workers have been left on the pavement outside the embassy since.

In the BBC footage, correspondent Martin Patience said the crew watched three Ethiopian maids being abandoned at the embassy in a single hour.

“All 34 Ethiopian domestic workers who are stuck in front of their embassy will be taken later Thursday to the Caritas shelter,” said Huson Sayyah, the head of foreign workers at the Beirut charity Caritas, according to DPA news agency.

Farah Salka, Director of Lebanon’s Anti-Racism Movement, told the BBC that the workers exist outside the labor laws and had zero employment rights or protection. “This system enables modern-day slavery in our houses,” she said.