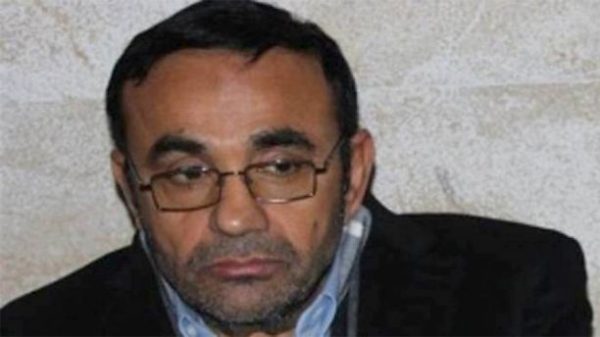 Kassim Tajideen—a Lebanese-Belgian businessman who was designated by the U.S. Department of the Treasury as a Specially Designated Global Terrorist.
Share:

The United States will release convicted Hezbollah financier Kassim Tajideen three years into his five-year sentence due to his poor health and risks of COVID-19 infection from prison, according to court documents.

On May 28 Washington Federal District Court Judge Reggie Walton granted Tajideen’s emergency request for compassionate release, which said his age and “serious health conditions” leave him particularly vulnerable as the coronavirus spread through the US prison system.

Walton rejected Justice Department arguments that Tajideen was reasonably healthy for his age, 64, and that the prison he was in had no coronavirus cases.

Tajideen could be back in Lebanon within weeks.

According to a June 11 court filing by US Immigration and Customs Enforcement, he was released from the federal prison in Cumberland, Maryland after a two-week coronavirus quarantine and moved to a county detention center while awaiting departure.

“At this time, a charter flight to Lebanon has been scheduled for July 2020 and Mr Tajideen is on the manifest,” ICE said in a court filing.

Tajideen’s release and deportation has stirred speculation that it is the US response to Lebanon’s release in March of Amer al-Fakhoury, a naturalized US citizen and former member of a pro-Israel militia said to have presided over torture of thousands of detainees while he was a prison warden.

But Tajideen’s US lawyer William Taylor rejected the suggestion that it was a swap.

“This was a straight-up compassionate release, you can see that from the papers,” Taylor said in an email. “Had nothing to do with Fakhoury.”

A wealthy businessman with companies that stretched from Lebanon across central and west Africa and into Belgium, Tajideen was deemed a “specially designated global terrorist” by the United States in 2009 for allegedly providing tens of millions of dollars and other support to Hezbollah.

He was arrested in Morocco in March 2017 and extradited to the United States, where he was charged with violating US sanctions by providing financial support to a “designated terrorist

His arrest was seen as a major coup by US investigators, who have stepped up their targeting of Hezbollah’s worldwide network of financial resources.

He was charged with multiple counts of violating US terrorism sanctions regulations as well as money laundering.

In December 2018 he pleaded guilty to money laundering conspiracy and was sentence to 60 months in prison.

He also forfeited $50 million that was seized by US

His sentence included time already served in prison, and coupled with a possible “good behavior” recommendation, he was eligible for release in June 2021.