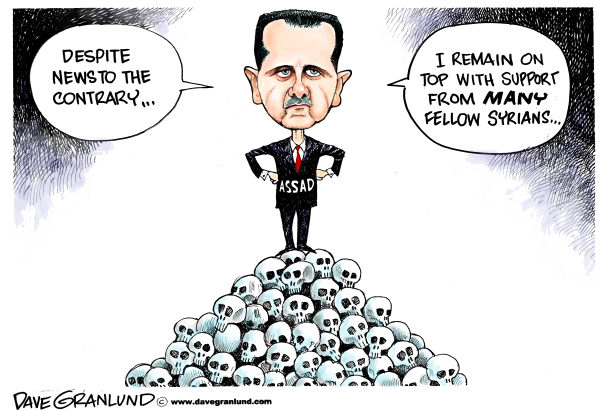 The Syrian authorities have reportedly forced students and other citizens to participate in a rally in the southern city of Sweida in support of President Bashar Al-Assad and against the sanctions imposed on his regime by the United States.

An audio recording leaked yesterday revealed the head of the National Union of Syrian Students in Sweida ordering students to attend the protest this morning. They were threatened with “severe consequences” if they did not show up.

#Syria
Assad regime threatens university and institutes students in Suwayda city if they do not come out tomorrow for support Assad and his regime
A pro-Assad demonstration will be compulsory for students tomorrow, at 09:00 am

The staged pro-regime rally – which predictably drew large crowds this morning – come in response to a series of protests against Assad over the past few days within Sweida. They have been revived particularly by the economic recession that Syria is currently facing and the subsequent hunger and hardships that ordinary citizens are experiencing.

After residents of Sweida protested for the third day in a row yesterday, calling for Assad’s resignation, security forces began to arrest demonstrators. Today’s pro-regime rally was organised to counter such sentiments and focus instead on the effects of US sanctions.

The open anti-regime protests have been a rare occurrence given the previous brutal crackdowns during the decade of civil war. They started while the Syrian economy crashed over the past six months. The cost of basic essentials and food has doubled as the value of the Syrian pound plunged by over two-thirds, reportedly leaving around 9.3 million people suffering from food insecurity within the country.