Trump severs ties with WHO, blasts China for covering up the “Wuhan virus” 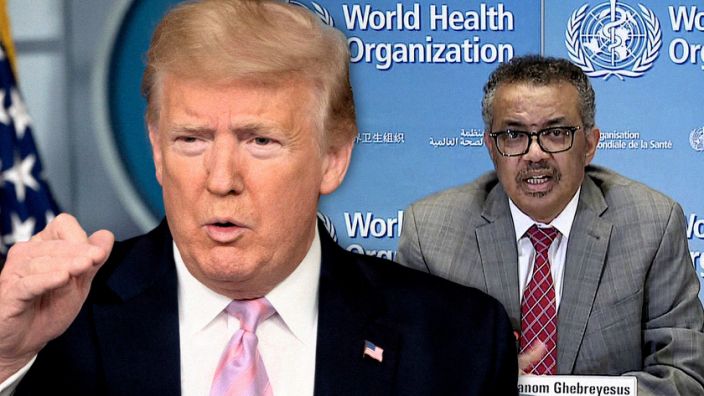 President Trump on Friday announced that the U.S. is terminating its relationship with the World Health Organization, accusing the global health agency of mishandling the coronavirus pandemic, while separately blasting China for a lack of transparency about the outbreak and for its moves to control Hong Kong.

In what was billed as a “press conference” in the Rose Garden, Trump said the United States would sever its ties with the WHO and redirect U.S. funding to other organizations.

He also has instructed his administration to end “policy exemptions” and “special treatment” for Hong Kong, in response to China’s encroachment on its autonomy. Secretary of State Mike Pompeo had announced last week that new Chinese laws affecting Hong Kong were a “death knell” for the territory, which has enjoyed a degree of independence since Great Britain handed over control to Beijing in 1997.

“[China] broke their word to the world on ensuring the autonomy of Hong Kong,” the president said. “The Chinese government has continually violated its promises to us and so many other nations.”

He added that the United States would respond appropriately to Chinese officials “directly or indirectly involved in eroding Hong Kong’s autonomy and smothering Hong Kong’s freedom.”

Trump did not take questions, nor did he address the violent protests over the killing of George Floyd in Minneapolis or the U.S. death toll from COVID-19, which passed the 100,000-mark this week.

The president, who initially praised Chinese President Xi Jinping’s response to the virus, which originated in China, accused Beijing of covering up the “Wuhan virus.”

He also announced that the U.S. would be “suspending entry of certain foreign nationals from China who we have identified … as security risks.”

He did not provide more details.

Last month, Trump announced that the administration was putting a hold on WHO funding over its handling of the pandemic.

“We have deep concerns whether America’s generosity has been put to the best use possible,” Trump said at a Rose Garden briefing late Tuesday afternoon. “The reality is that the WHO failed to adequately obtain and share information in a timely and transparent fashion.”

In response, WHO Director-General Tedros Adhanom Ghebreyesus acknowledged mistakes may have been made but defended the 75-year-old organization’s mission.

“The enjoyment of the highest standard of health is one of the fundamental rights of every human being without distinction of race, religion, political belief, economic or social condition,” he said. “That creed remains our vision today.