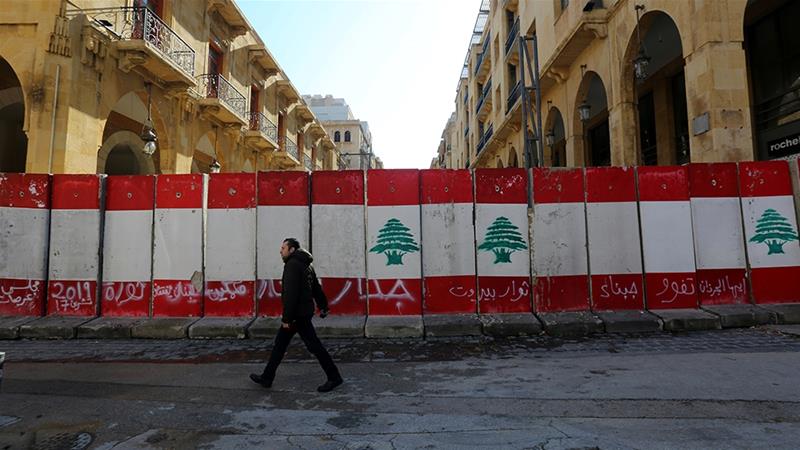 Beirut, Lebanon – Lebanon’s Parliament on Thursday ratified a 1.2 trillion Lebanese pound ($300m) aid package for low-income families and vital sectors including agriculture and industry, as the government attempts to stave off an economic collapse exacerbated by the coronavirus pandemic.

The spending package aims to create a social safety net to support struggling families through the end of the year, and provide aid to businesses hit by the worst economic and financial crisis in the country’s history.

“It’s very difficult to cover all the needs; as you know, the state has no money,” Deputy Prime Minister and Defense Minister Zeina Akar – the architect of the package – told Al Jazeera. “We’re using money that isn’t there, securing it through loans. But we think we must help. We can’t not help.”

Lebanon’s currency has depreciated by some 60 percent since last summer due to an acute dollar shortage rooted in unsustainable government spending, ballooning debt, a decade-long economic slowdown and decreasing remittances from abroad.

Half of the new aid package will go towards providing 200,000 families with a monthly cash payment of 400,000 pounds ($100) through December. People with disabilities, victims of landmines and explosions, and parents of public school children in need will be prioritised, Akar said.

And some 200 industries will get $1m in foreign currency to help them purchase imported raw materials.  This industry bailout is necessary because informal capital controls imposed by banks have decimated all imports except essentials – wheat, fuel and medicine.

Parliament also endorsed a law amending the country’s strict banking secrecy law. While the amendment originally gave judges the authority to probe the accounts of top officials, including ministers and members of parliament (MPs), a number of lawmakers raised concerns that the law could be used to target political foes of those in power, given Lebanon’s lack of judiciary independence.

Lebanon regularly ranks among the most corrupt countries in the world.

Over the protests of many MPs, House Speaker Nabih Berri managed to push through a last-minute amendment to the banking secrecy law that exclusively empowers members of a yet-to-be-created national anti-corruption commission and investigative commission at the Central Bank to look into bank accounts.

“In a way, this law was frozen. They were supposed to allow judges to lift banking secrecy, but the formula has changed,” Nizar Saghieh, a leading Lebanese legal expert and co-founder of NGO The Legal Agenda, told Al Jazeera.

But Lebanese lawmakers also strengthened anti-corruption protections by endorsing a law that reins in the power of ministers to advance candidates for top government administrative and oversight chiefs. The country’s Civil Service Council will now select candidates through exams and interviews, leaving it up to the government to select from among three people who qualify.

Endorsing the law is a “radical, positive change towards liberating the administration from the dominance of the political authorities,” Independent MP Neemat Frem tweeted following the session.