Coronavirus treatment and vaccine: Where is the innovation? 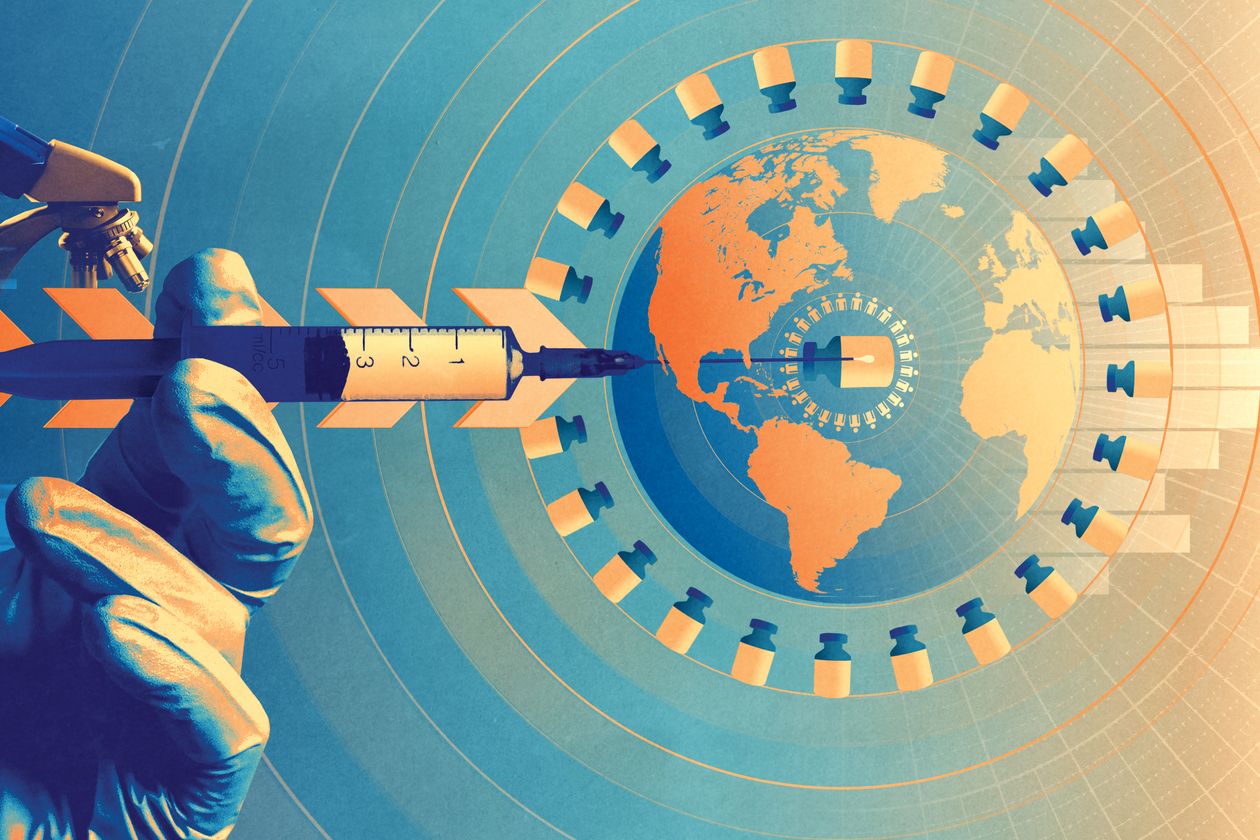 Even as some states move to ease the lockdowns that have cost tens of millions of jobs and tipped the economy into recession, a safe return to normal life without a widely available Covid-19 vaccine is looking more difficult.

For all the problems with the US health system, innovation is supposed to be the one area where the country excels. America’s drug industry has been the gold standard for the rest of the world, as has the federal agency that regulates it, the FDA. The country’s intellectual property laws and drug approval process are ostensibly designed to reward breakthrough therapies, granting years-long monopolies to companies that can deliver novel cures and treatments.

Yet the coronavirus crisis has become a significant test of that premise, with an end to the pandemic and a return to normalcy dependent on the rapid development of vaccines or treatments by scientists and biopharmaceutical companies. The next phase of the crisis is heavily dependent on one question: Where is the innovation?

The good news is America’s drug makers have quickly ramped up their work on Covid-19. They are repurposing and combining existing medications, hoping the right mixture could effectively treat coronavirus infections in people who already have it. At the same time, they are racing to find a vaccine that could prevent most people from ever getting sick from the virus, and there is some (measured) optimism that a coronavirus vaccine could be delivered in record time, as Vox’s German Lopez reported.

But these positives undergirded by two unavoidable negatives. First, antiviral research has become one of the most neglected fields in pharmaceutical development. There are not many incentives for companies to pursue it. The work is time-consuming, with an uncertain and unstable market. Other, easier avenues provide bigger financial rewards, even if they don’t have the same medical efficacy as treatments for unexpected viral outbreaks to which most of the world’s population is still vulnerable.

Secondly, the innovation industry’s Covid-19 work has also been hindered by a disorganized federal government. Companies both don’t know where they should focus their attention, and they don’t know whom to coordinate with if they do have ideas for development, because there is no overarching federal strategy. Only now, more than 1 million confirmed US cases and 80,000 deaths into the pandemic, is the Trump administration appointing a former pharmaceutical executive and venture capitalist to oversee therapeutics development — somebody with no prior government experience.

Drug makers have moved fast to treat and eventually prevent Covid-19. That is a testament to American innovation. But because of the market we have built for drug development, and with the federal government asleep at the wheel, we still started a step behind in the race for a cure.

“Covid-19 is not the last epidemic or pandemic. Viruses are not the only threat,” Robin Feldman, director of the UC-Hastings Center for Innovation, told me. “Unless we think about our long-term incentives structure, we will always be reactive. We’ll never be ahead of the game.”

For the immediate coronavirus crisis, there is a strong case to be made that drug companies are acting both quickly in the best interest of public health and rationally toward their own market-driven ends.

“I’d say that the biopharma industry is actually doing pretty well in this epidemic,” Derek Lowe, who writes about drug discovery for Science, told me over email, “but that there’s an expectations problem.”

The fastest way to find a new treatment for Covid-19 is to deploy two resources already available to us: existing drugs and the antibodies from people who have been infected with the coronavirus and survived.

Most of the media attention has been on the first category — hydroxychloroquine, touted by President Trump and his allies but unproven in trials, and then remdesivir, which has shown promise but remains a work in progress — and that may explain the expectations problem that Lowe describes.

“Drug repurposing gets a lot of coverage, but the successes are very few. It mostly doesn’t work,” Lowe said. “And it’s mostly not going to work against the coronavirus, either — I’ll be very pleased if some existing drugs can help out a bit, keep some people out of the ICU or off ventilators, but I think that’s all we can expect.”

The more promising avenue for quick treatment, he said, is “monoclonal antibodies.” In brief, as STAT explained, that means taking blood plasma from people who have been infected with the coronavirus and developed immunity (i.e. antibodies that fight off the disease) and then isolating and injecting those antibodies into infected patients who need treatment. It’s not foolproof — a recent early trial focused on critically ill patients still had a 15-percent mortality rate — but it looks like the most promising therapy in the near term.

Those efforts have largely been led by US biopharmaceutical companies (Regeneron, Vir Biotechnology) or by major international firms like GlaxoSmithKline and AstraZeneca that have a large American presence and work with other US companies or organizations.

Knowing that drug makers are also at work on a Covid-19 vaccine, which would effectively eliminate the need for other treatments, it makes both medical and business sense for the biopharmaceutical industry to focus for now on these possibilities, hunting for an effective treatment until the vaccines come to market.

“That’s the fastest way, the way to get something to market as fast as possible,” Rachel Sachs, a law professor who studies innovation policy at Washington University in St. Louis, told me.

The current record for vaccine development, from start to finish, is four years. We could conceivably cut that time in half, if we get lucky, for Covid-19. But producing a “de novo” treatment as Lowe called it — a truly novel therapy, heretofore unknown to science — takes even longer.

So this two-track approach is logical right now, with the coronavirus already spreading through the US and taking its heavy toll. But a step back reveals America has not set up a market that rewards companies for anticipating this outbreak — or the next one.

Drug companies actually do the kind of work they are doing now for Covid-19 all the time: repurposing or tweaking drugs for new indications. According to Feldman’s research, nearly 80 percent of drugs associated with new patents are actually a variation on something that already existed, either slightly tweaked or being used in combination with another therapy.

That has its usefulness. Drug makers have decades of data on treatments that have been around for a long time. They know more about the risks and side effects than they would for something new. That helps them produce drugs that can be used more safely.

But the attention and resources dedicated to repurposing old drugs detracts from the pursuit of new therapies that would be true breakthroughs, exponential advancements in science. Feldman describes such innovation as “value beyond pearls.”

But that kind of innovation takes time and money with no certain payoff. It’s simpler and cheaper to modify existing products to somewhat improve their efficacy or to tweak them to treat a different condition.

“I worry that our system is not well primed for it,” she said. “It’s all about the incentives. Our incentives aren’t directed properly.”

She pointed to the shift away from antibacterial resistance research and drug development, even though researchers anticipate millions of global deaths annually within the next few decades because bacteria have become resistant to the drugs that we already have to fight them.

Drug makers currently devote a lot of their attention to end-stage cancers, because they can benefit from “orphan drug” designation and other competitively advantageous policies, while Feldman argued that chronic conditions have been underserved. Looking at it from a societal perspective, the latter obviously has more value than the former — and yet that is not necessarily what our innovation system has been designed to reward.

Or look at the antiviral space, which is the most relevant to the coronavirus response.

“Antibiotics and antivirals are both areas that haven’t seen a tremendous amount of new drug development because the economic incentives haven’t justified significant R&D in this area,” Caroline Pearson, senior fellow with NORC-University of Chicago, told me recently.

So long as these incentive structures remain in place, Feldman warned, we will never be ahead of the curve in fighting off the next pandemic. She said that the US should be asking: “What’s of value and what should we incentivize people to do?”

We can improve drug development — but we need a competent government

There are many ideas for how to better incentivize drug development and better reward companies for pursuing the kind of treatments we want them to. Most of them fall under the broad rubric of “value-based pricing”: paying companies for the societal benefits that their treatments provide.

“If you have a vaccine that completely stops a widespread disease,” Feldman said, “it should be extraordinarily valuable.”

The gist is simple: a government or some other entity (the first AMC was a joint venture between five countries and the Gates Foundation) agrees to pay a set dollar amount for a product, like a vaccine, before it ever comes on the market. The price would presumably set high enough that a company would know it could recoup investment, no matter the actual number of sales that are eventually made.

“The idea was that if we designed a program to pre-commit to paying a particular amount, that would encourage companies to develop these products,” Sachs said.

In the abstract, there are plenty of options available to us. But they require a federal government with the will and ability to execute them. That is what’s been sorely lacking in the Covid-19 response.

“I think that one of the problems with innovation has been the extremely disorganized response of the federal government. As far as I’m concerned, the CDC, the NIH, HHS, and the FDA have all been various levels of bad during this crisis,” Lowe said. “The bungled testing regime at the beginning, the chaotic test approvals since then, the trouble that’s apparent in [former US vaccine chief Rick] Bright’s whistleblower complaint: it’s a mess.”

The federal government can not only spend money and speed drug approvals. It can convene scientists, drug makers and regulatory officials. It can grease the wheels of US innovation, hopefully speeding up the breakthroughs everybody wants to see.

But it hasn’t really happened. The Trump administration announced “Operation Warp Speed” in late April with the goal of rapidly developing a vaccine. That was already months into the pandemic, and the White House didn’t pick somebody to oversee it until mid-May. The new head of that operation, Moncef Slaoui, is a former pharmaceutical executive who has no prior experience in government, unlike some of the other contenders for the role, as Politico reported.

The experts I spoke with largely regarded the federal response, and specifically its work to accelerate innovation, as a wasted opportunity.

“To focus the country, to focus the NIH, to focus private sector investment on a particular challenge that American ingenuity can defeat, there is an opportunity to do that here that has not been taken broadly,” Sachs said.

So for now, we must wait for the treatment or the cure that will allow the coronavirus crisis to truly come to an end.

Every day at Vox, we aim to answer your most important questions and provide you, and our audience around the world, with information that has the power to save lives. Our mission has never been more vital than it is in this moment: to empower you through understanding. Vox’s work is reaching more people than ever, but our distinctive brand of explanatory journalism takes resources — particularly during a pandemic and an economic downturn. Your financial contribution will not constitute a donation, but it will enable our staff to continue to offer free articles, videos, and podcasts at the quality and volume that this moment requires.