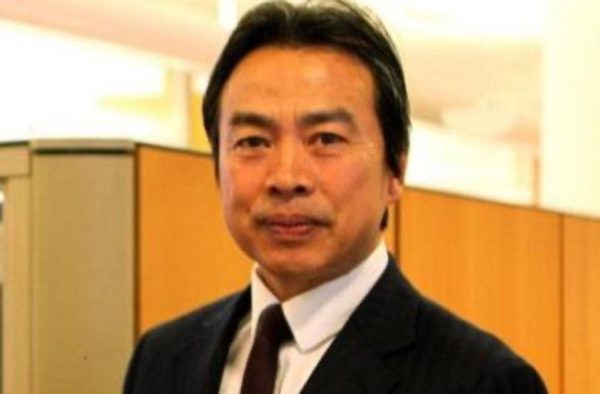 China’s Ambassador to Israel Du Wei was found dead at his residence in the coastal town of Herzliya and police have launched an investigation.

Israel’s Foreign Ministry announced Du’s death on Sunday and said that police were on the scene, the Times of Israel reported. Dai Yuming, China’s deputy chief of mission in Israel, also confirmed the news in an official press briefing. Newsweek has reached out to the Chinese embassy in Washington, D.C. for further comment

Du, 58, who had previously worked as a diplomat for China in Ukraine, arrived in Israel in mid-February to take on the role of ambassador. Due to restrictions put in place to curb the spread of the novel coronavirus, he had been required to quarantine for two weeks upon arrival.

Previously, Du had publicly argued that China was being scapegoated for its response to the virus.Ads by scrollerads.com

“In the beginning, some voices were condescending and schadenfreude. Later, when the disease broke out around the world, the voices became ‘China should apologize.’ It is scapegoating. In history, it has happened many times when the causes of diseases were wrongfully blamed on a specific group of people, which is despicable and should be condemned. The disease is the enemy of all mankind, and the world must fight it together,” he said in an April interview with the Hebrew-language newspaper Israel Hayom.

The Chinese embassy in Israel later criticized the U.S. directly on Friday, specifically calling out remarks made by Secretary of State Mike Pompeo. The embassy statement pushed back against accusations from the Trump administration that China is to blame for the global coronavirus pandemic.

He is survived by a wife and son, both of whom were not in Israel.

“U.S. Secretary of State Mike Pompeo made some absurd comments on China, which can be summarized into three ill-intentioned accusations, namely, ‘the origin of Coronavirus is China,’ ‘China hid the information of COVID-19’ and ‘China’s investments are threats.’ It is imperative for the Embassy to make the following response and to set the record straight,” the embassy said in the statement, which was shared by the embassy and published by Israel’s English-language newspaper The Jerusalem Post.

“Scientists still haven’t identified the origin of COVID-19. Historically, the place that first reported a case was often not its origin,” they said, arguing that China had “never covered up the outbreak” as has been widely reported.

“Historical experience also shows that pandemic is accompanied by conspiracies and the dark mentality of seeking scapegoats. Jewish friends know it well. During the COVID-19, China has been targeted by a systematic smear campaign,” the embassy added. “Holding China accountable or even demanding reparations from China, is a preposterous political farce. The intention is nothing but shifting blame to China for the inadequate response of someone else.”

Israel’s Ynet News reported that Du was found dead in his bed by an assistant. The Middle Eastern country’s Channel 12 news reported that the cause of death was unknown, but that the diplomat was believed to have suffered a cardiac event while sleeping.

China has faced significant international criticism for its handling of the coronavirus pandemic. Chinese officials initially covered up the outbreak and many have raised concerns about China’s continued lack of transparency surrounding the novel virus. As the U.S. has been one of China’s most vocal critics, Chinese leaders have argued repeatedly that President Donald Trump and other administration officials are attempting to deflect blame for their own bungled response to the outbreak.