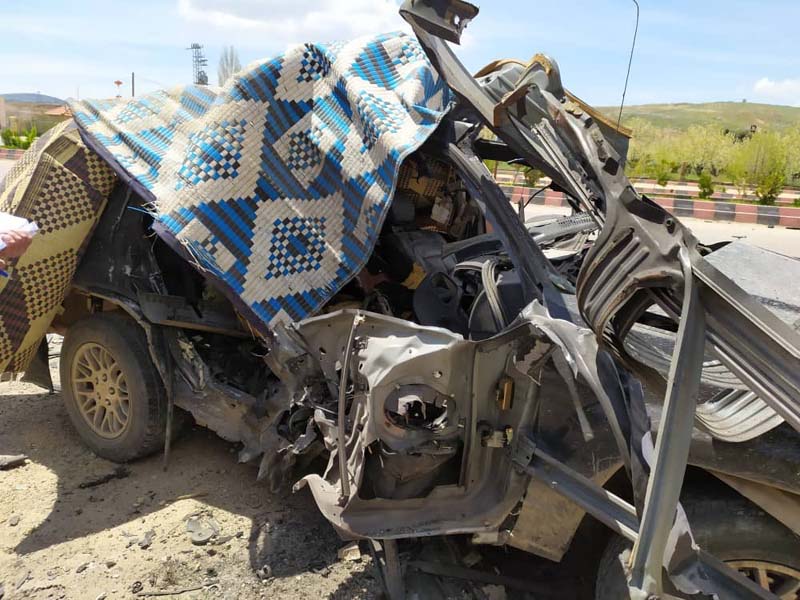 A close up of the front of the Hezbollah car that was destroyed by Israeli drone in Syria near Lebanese border
Share:

An Israeli drone targeted a car carrying forces from Iran-backed Hezbollah in Syria near the Lebanese border, a commander in the pro-Damascus regional alliance and a security source told Reuters.

No casualties were reported, with the passengers escaping before the car was hit and destroyed.

A Hezbollah official, who spoke on condition on anonymity, said one missile blew up near the vehicle as it traveled in rural Damascus near a border crossing with Lebanon. The second missile hit after the driver managed to get out of the vehicle.

The border crossing is officially closed, except for commercial transit, as part of the measures to prevent the spread of the coronavirus.

Syrian state media also reported the attack, saying it targeted a civilian car and left material damage only. It did not elaborate.

There was no immediate comment from Israel, which rarely confirms individual attacks targeting Iranian and allied forces inside Syria.

The drone attack near the Jdeidet Yabous border crossing came a week after Israel’s military released a video it said shows Syrian officers and Hezbollah members working together on the edge of the Israeli-occupied Golan Heights.

Israel has targeted Iran and Hezbollah positions in Syria hundreds of times in recent years although it rarely comments on individual strikes. Israel says it aims to prevent Iran establishing a foothold in Syria that could threaten its security and aims to prevent high-tech weapons transfers to Hezbollah.

A man was killed in February when his car was hit by an Israeli drone. Reports identified the man as Hezbollah official Imad Tawil.

Last August, two Lebanese Hezbollah fighters were killed in an operation Israel said was preventing a “killer drone” attack. The killing came at a time of heightened tensions and culminated in a cross border raid by Hezbollah who fired anti-tank missiles at Israeli vehicles who responded with artillery fire. No casualties were recorded.