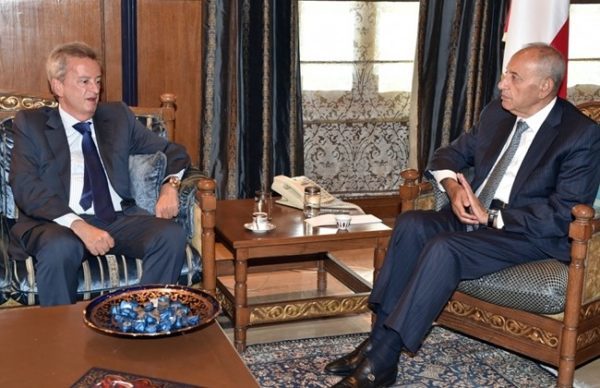 “The parliament speaker discussed the financial and monetary situation, and ways to protect depositors’ money, especially the small ones,” Berri’s office said in a statement after his meeting with Salameh.

“Legislations in general, and financial ones in particular, are aimed at protecting people and their rights in the first place in terms of anything that has to do with their living and the lifetime earnings,” the Speaker added.

Salameh for his part put Berri in the picture of “the measures that have been taken and will be taken by Banque du Liban in this regard,” the National News Agency reported.