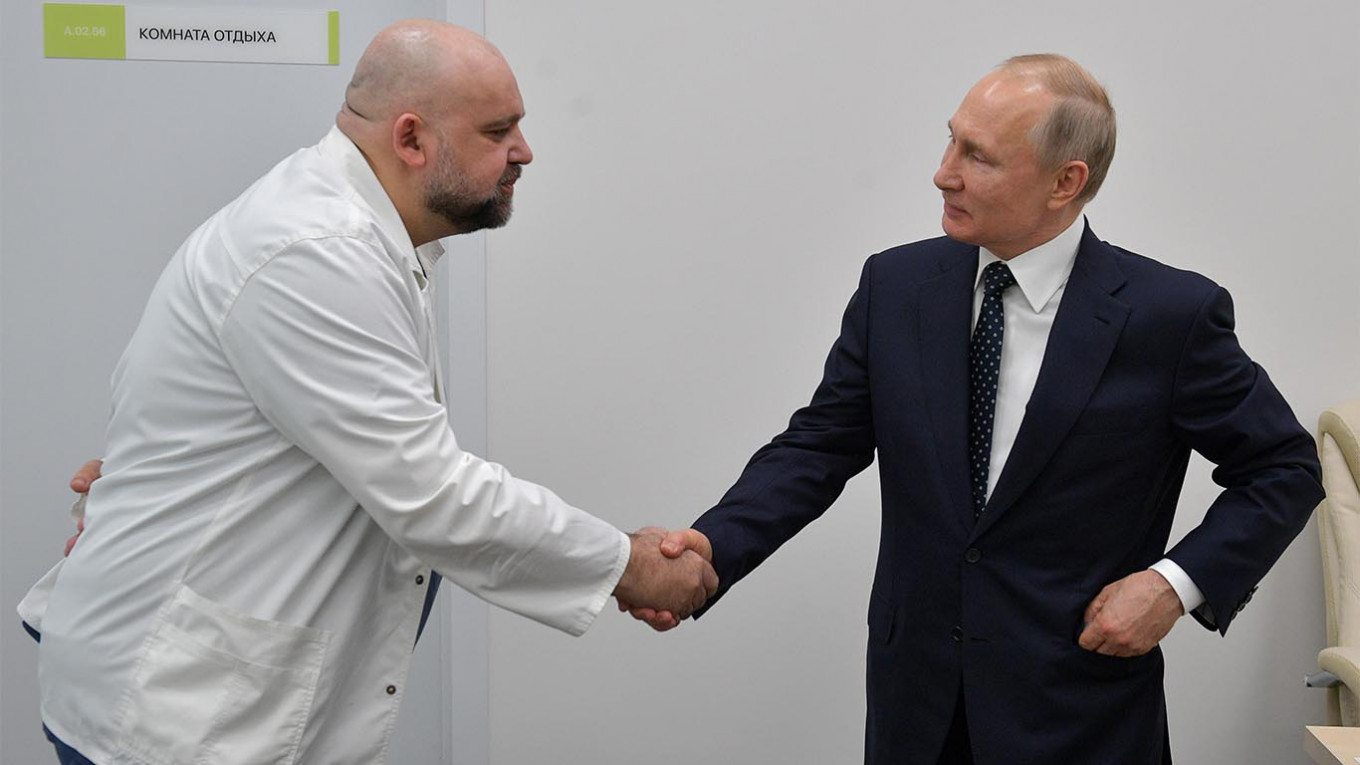 The head of Moscow’s main coronavirus hospital who met with President Vladimir Putin a week ago has tested positive, he said Tuesday, as the Kremlin announced the Russian leader’s health was fine.

Last Tuesday Denis Protsenko met with the Russian leader who inspected the Kommunarka hospital while wearing a bright yellow hazmat suit. But the 67-year-old Putin was also seen talking to Protsenko without any protective gear.

Kremlin spokesman Dmitry Peskov swiftly told Russian news agencies that Putin took regular tests and there was no reason to worry about his health.

“Everything is fine,” Peskov said.

Protsenko said he tested positive but “felt quite well.”

Posting a picture of himself wearing a mask and green scrubs on Facebook, he said he self-isolated in his office and would continue to work.

Protsenko has become a high-profile figure on the frontlines of Russia’s fight against COVID-19, posting daily on Facebook to inform Russians about his hospital’s work and patients.

Over the past 24 hours Russian authorities have reported 500 new cases — the biggest daily increase so far — bringing the total tally to 2,337 cases and 17 fatalities.

Most have been registered in Moscow, which has become the epicentre of the outbreak in Russia.

Since the start of the pandemic, the Kremlin has started measuring temperatures of people attending events with the president, asking journalists feeling unwell to stay home.

Observers say the Russian strongman appears to be exceptionally conscious of risks to his health.