Trump admits its wrong to compare coronavirus to regular flu 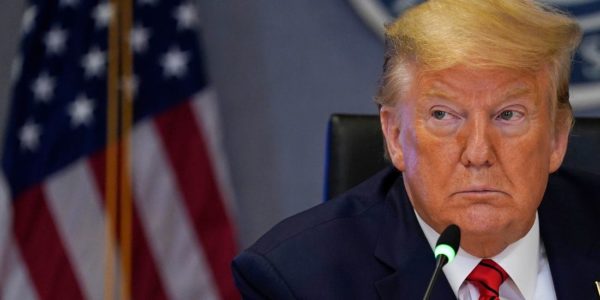 President Donald Trump said Tuesday that the risk from coronavirus is emphatically worse than regular flu, reversing his previous statements.

Trump told a White House press conference that “a lot of people” had previously suggested the country should simply let the coronavirus take its course, just like the seasonal flu.

“Ride it out, don’t do anything, just ride it out and think of it as the flu,” they said, according to Trump, who said: “But it’s not the flu. It is vicious.”

Trump’s clear statement contrasted with numerous recent times when he made the argument himself that the pandemic was comparable to the annual spread of flu.

He appeared to favor this thinking while questioning the need to shut down the US economy through social distancing measures and travel bans.

On March 9, for example, Trump noted that tens of thousands of Americans die from the flu annually.

“Nothing is shut down, life & the economy go on,” he tweeted. “At this moment there are 546 confirmed cases of CoronaVirus, with 22 deaths. Think about that!”

Just a week ago, Trump told Fox News in an interview that despite deaths of about 36,000 people a year on average from flu, “we’ve never closed down the country for the flu.”

“So you say to yourself, ‘What is this all about?'”

Projections that at least 100,000 people will have been killed by the coronavirus in the United States, even if social distancing measures are carried out, appear to have prompted a major shift in Trump’s outlook.

On Tuesday, he said that with no social distancing, the projections ran as high as 2.2 million deaths.