Hantavirus: Another virus from China – here’s why you shouldn’t worry about it 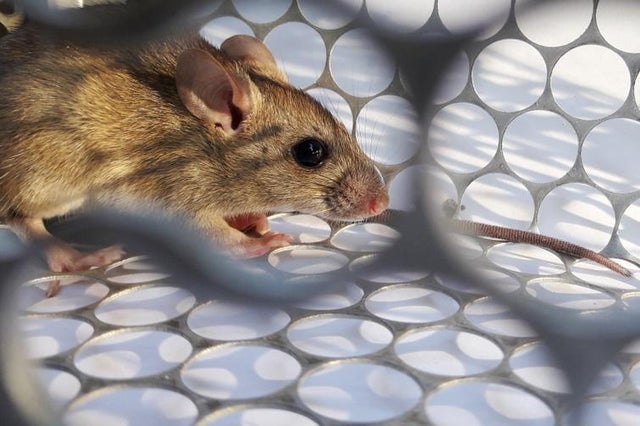 Hantaviruses are viruses that normally cause infection in rats and other rodents, but do not cause disease in them. It is possible for such viruses to be transmitted to humans through a rodent’s urine, saliva or faeces, though this is rare.
Share:

It’s been reported that a man from China’s Yunnan Province has died after testing positive for hantavirus, a rare type of virus transmitted from rodents to humans.

The man died on his way back to Shandong Province, according to Global Times, an English-language publication based in China.

The news has caused much consternation online, and Global Times’ original tweet has been shared thousands of times; somewhat understandable in the current climate.

But is it something we should be worried about? Here are the facts:

Hantaviruses are viruses that normally cause infection in rats and other rodents, but do not cause disease in them.

It is possible for such viruses to be transmitted to humans through a rodent’s urine, saliva or faeces, though this is rare.

Some strains – if they are transmitted to humans – can cause fatal diseases like hantavirus pulmonary syndrome (HPS), a rare respiratory disease which on the face of it would appear not too dissimilar to Covid-19.

Cases of hantaviruses – named after the Hantan River area in South Korea where an outbreak was first observed in the 70s – have been reported on all continents except Australia.

About 150,000 cases are thought to occur annually worldwide. That’s according to the UK Government’s guidance, which hasn’t been updated in nearly 12 years, which gives an idea of the lack of threat we’re dealing with.

“Very few cases of hantavirus infection have been confirmed in the United Kingdom,” they say, “although there are seroprevalence data to suggest that exposure does occur.”

What are the symptoms?

The symptoms of hantavirus pulmonary syndrome include fever, cough, headache, lethargy, and shortness of breath, which rapidly deteriorates into respiratory failure, even with the aid of mechanical ventilation.

The disease is thought to have a fatality rate of 36%, though cases remain rare.

Should I be worried?

No. Hantavirus is highly unlikely to be the next global pandemic.

Hantaviruses have been recorded for decades, and are not a new phenomenon; a single human death from the virus is not cause for concern, and hardly constitutes an ‘outbreak’.

The already uncommon viruses are rarely spread between humans. Although human-to-human transmission of a similar virus was reported in South America in both 2005 and 2019, hantaviruses have almost entirely been linked to human contact with rodent excrement.

But given hantavirus’ status as a relative unknown that looks scary written down, and that the victim came from China – where Covid-19 is thought to have originated – it all makes for some must-read headlines in this age of uncertainty.

How can I avoid hantavirus?

If your time isn’t already taken up enough with practising social distancing and washing your hands to avoid Covid-19, there are a number of steps you can take to avoid contracting hantavirus.

“Simple hygiene precautions such as washing your hands after handling rats or their bedding and cage should be applied,” say the Government.