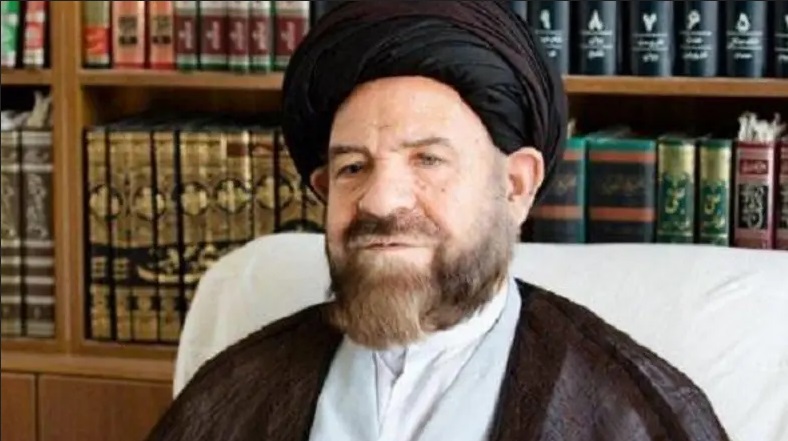 COVID-19 has killed a member of the clerical body that appoints the supreme leader, according to Iranian state media, the latest official in the country to die of the highly infectious disease caused by the new coronavirus.

Golpayegani represented Tehran in the assembly of experts, an 88-strong body of Muslim scholars that appoints and monitors Iran’s supreme leader.

At least 12 Iranian politicians and officials, both sitting and former, have now died of the illness, and 13 more have been infected and are either in quarantine or being treated.

The country has been scrambling to contain the rapid spread of coronavirus which so far has infected some 14,000 people and killed 853 – 129 of whom over the past 24 hours, according to official figures,

The number of coronavirus deaths and infections has been on the rise ever since the first two fatalities were announced on February 19.

The official leading Iran’s response to the new coronavirus acknowledged on Sunday the pandemic could overwhelm health facilities in his country, which is battling the worst outbreak in the Middle East while under heavy US sanctions.

“If the trend continues, there will not be enough capacity,” Ali Reza Zali, who is leading the campaign against the outbreak, was quoted as saying by IRNA.

Iran is believed to have about 110,000 hospital beds, including 30,000 in the capital, Tehran. Authorities have pledged to set up mobile clinics as needed.

Zali also acknowledged “many” of those who have died from COVID-19 were otherwise healthy, a rare admission by local authorities that the virus does not only prey on the sick and elderly.

Health ministry figures show while 55 percent of fatalities were in their 60s, some 15 percent were younger than 40.

For most people, the virus causes only mild or moderate symptoms, such as fever and cough. For some, especially older adults and people with existing health problems, it can cause more severe illness, including pneumonia. Most people recover in a matter of weeks.

In Iran, the virus has infected a number of senior officials, including cabinet ministers, members of parliament, Islamic Revolutionary Guard Corps members and health ministry officials.

Senior Vice President Eshaq Jahangiri returned to work on Sunday after testing negative, the presidency’s website said. He was absent from official meetings last week, and the semi-official Fars News Agency reported he contracted the virus.

Authorities have nevertheless been slow to adopt measures taken by other hard-hit countries. Iranian President Hassan Rouhani on Sunday ruled out a general quarantine and said the government was working to keep the borders open.

Dalia Samhouri, a senior regional official with the World Health Organization, said both Iran and Egypt, two of the most populous countries in the Middle East, were likely underreporting cases because of the nature of the virus, which can be spread by individuals who show no visible symptoms. Egypt has reported 110 cases, including two fatalities.

“We can easily say that the current figures are an underestimation of the actual figures,” she said.

Iran has struggled to respond in part because of crippling sanctions imposed by the Trump administration after the US withdrew from the 2015 nuclear deal. The US says it has offered humanitarian aid but Iran has rejected it.

Countries across the Middle East have imposed sweeping travel restrictions, cancelled public events and called on non-essential businesses to close for the coming weeks.

Qatar will bar entry to arriving air passengers except for citizens from Wednesday for at least two weeks, the government said as it announced a $23bn economic stimulus in response to the new coronavirus.

The country is the worst affected in the Gulf Cooperation Council (GCC), with 401 confirmed cases of COVID-19 as of Sunday. It has not reported any fatalities but has closed universities, schools, gyms and cinemas as well as cancelling many public events including the MotoGP.

In the skyscraper-studded city of Dubai, a global business and travel hub in the United Arab Emirates (UAE), authorities announced on Sunday all movie theatres, arcades and gyms would be closed through the end of the month.

Abu Dhabi, the capital of the UAE, also shut down its amusement parks and museums through the end of the month, including Louvre Abu Dhabi.

Jerusalem’s Al-Aqsa Mosque is the latest in a series of religious sites where access has been halted or strictly limited. Saudi Arabia has suspended the Umrah pilgrimage to Mecca and Medina and could be forced to limit or cancel the much larger Hajj later this year.

On Sunday, it announced the temporary closure of all mosques and called off Friday prayers.