Coronavirus has spread to nearly all Iran provinces: President Rouhani 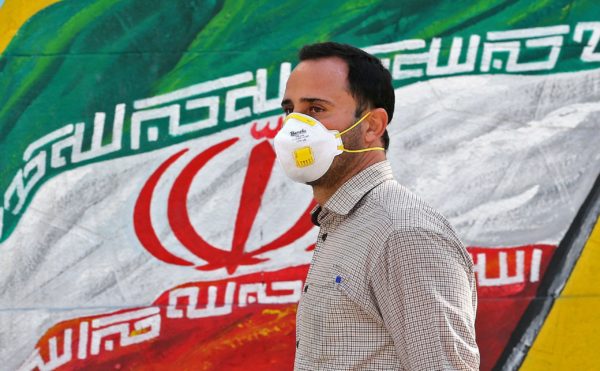 Coronavirus has spread to almost all of Iran’s provinces but the country will get through the outbreak with a “minimum” number of deaths, President Hassan Rouhani said on Wednesday.
Share:

Coronavirus has spread to almost all of Iran’s provinces but the country will get through the outbreak with a “minimum” number of deaths, President Hassan Rouhani said on Wednesday.

“This disease is a widespread disease,” he said during a Cabinet meeting, according to the official presidency website.

“It has reached almost all our provinces and in one sense it’s a global disease.”

The health ministry said on Tuesday that 92 people had died so far from coronavirus, one of the highest death tolls outside China where the epidemic originated late last year. It said 2,922 people had been infected with the disease.

Among those infected is first vice president Eshaq Jahangiri, the IranWire news site reported, citing an “informed source”. There was no immediate confirmation from officials.

Several Iranian officials have come down with coronavirus and one senior official died from an infection on Monday.

The Islamic Republic has canceled Friday prayers in all provincial capitals this week because of the coronavirus outbreak, state television reported on Wednesday.

Rouhani said Iran would get through the outbreak with a minimum number of deaths and in the shortest period of time thanks to the skills of its doctors and nurses.

He took a jab at an American offer to help with the outbreak without mentioning the United States directly.

Last week, U.S. Secretary of State Mike Pompeo said the United States had offered to help Iran with the outbreak.

“They’ve appeared with a mask of sympathy that ‘we also want to help the people of Iran’,” Rouhani said. “If you are really telling the truth, then lift sanctions from medicine.”

President Donald Trump withdrew the United States from a multilateral nuclear agreement with Iran in 2018 and reimposed sanctions which have hammered Iran’s economy.

U.S. officials have said that the sanctions do not target medicine for Iran, a point Iranian officials dispute.

Video aired on state television of Wednesday’s Cabinet meeting showed Rouhani and ministers in a larger room than the usual venue for the weekly gathering.

IranWire reported that Jahangiri was quarantined last week after a government meeting on combating coronavirus that was attended by several ministers and senior officials.

Oman also reported three new cases – two Iranians and one Omani, raising its total number to 15, according to the Omani health ministry. All three cases were related to travel to Iran, the ministry said.

And the Dubai Health Authority reported on Wednesday that a 16-year-old student had tested positive for coronavirus, raising the total number of cases in the United Arab Emirates to 28.

Several countries in the Gulf region have reported coronavirus infections in individuals who had traveled to Iran.

Iran has temporarily released more than 54,000 prisoners in an effort to combat the spread of the new coronavirus disease in crowded jails.

Judiciary spokesman Gholamhossein Esmaili told reporters the inmates were allowed out of prison after testing negative for Covid-19 and posting bail.

“Security prisoners” sentenced to more than five years will not be let out.

The jailed British-Iranian charity worker Nazanin Zaghari-Ratcliffe may be freed soon, according to a British MP.

Tulip Siddiq cited the Iranian ambassador to the UK as saying that Ms Zaghari-Ratcliffe “may be released on furlough today or tomorrow”.

Her husband said on Saturday that he believed she had contracted Covid-19 at Tehran’s Evin prison and that authorities were refusing to test her.

But Mr Esmaili insisted on Monday that Ms Zaghari-Ratcliffe had subsequently been in contact with her family and “told them about her good health”.

Ms Zaghari-Ratcliffe was jailed for five years in 2016 after being convicted of espionage charges that she has denied. The UK has also insisted she is innocent.