Doctors inside Iran believe coronavirus is more serious than reported, and getting worse 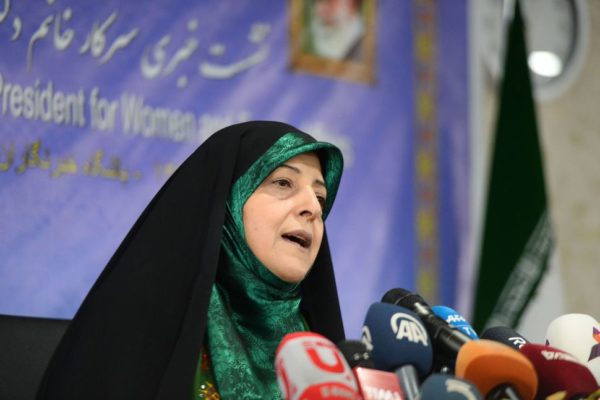 With dozens of publicly known cases and multiple deaths, Iran is now the epicenter of the coronavirus in the Middle East. Doctors inside the Islamic Republic say the country is now grappling with an “epidemic,” and the response has been hampered not just by government inaction and disinformation but also economic sanctions.

“We think that this virus has been in Iran for the past three to four weeks and has circulated throughout the country. Right now in Iran we are facing a coronavirus epidemic,” said a senior medical doctor at the Masih Daneshvari hospital in Tehran, the country’s top pulmonary public hospital and the main facility overseeing coronavirus patients.

Public officials have not confirmed how the disease arrived in Iran, but it appears to be the locus for the regional outbreak. So far, Afghanistan, Georgia, Bahrain, Iraq, Kuwait, Lebanon, and Oman reported their first cases of coronavirus, all linked to passengers traveling from Iran.

Since it first announced the presence of COVID-19 last week, Iran has so far reported a total of 245 cases and 26 deaths, a far higher fatality rate than seen elsewhere. The doctor, who requested anonymity to speak freely, said the official tally vastly underestimates the true number of cases. “We didn’t have a way to test people earlier and don’t have the capacity to screen everyone,” he said, in a telephone interview. “Let me put it this way, if in general two out of 100 corona patients die, in Iran, if we now have 20 deaths that means we have 1,000 infected patients.”

The disease is now widely spread across Iran, with the largest concentration reported in the lush northern province of Gilan the holy city of Qom. Earlier this week, a lawmaker from the holy city, Ahmad Amirabadi , announced the death toll in Qom “has reached 50 people”— a claim that was immediately rejected by government officials, including the deputy Health Minister Iraj Haririchi who also advised against mandatory quarantine and called it a “pre world war era” strategy. On Tuesday Harirchi himself tested positive for the virus and is now undergoing treatment.

Since the government’s public acknowledgment of the coronavirus in Iran, a number of public officials have been diagnosed with the disease. As well as Haririchi, they include Tehran’s reformist MP, Mahmoud Sadeghi , a local mayor from Tehran’s 13 district, and the head of Qom’s medical university, Dr. Mohammad Reza Ghadir.

An anesthesiologist at one of Tehran’s top private hospitals, who also requested anonymity for fear of retribution, said she believed officials are victims of their own inaction in tackling the disease. “The reason these government officials are contracting the virus is because, they always want to hide the truth; so they don’t use any protective measures when going from this hospital to another just so they project this image that there’s nothing serious going on. It’s only natural that they have been exposed to the virus.” Speaking in a telephone interview, she claimed government officials held back information out of fear of low voter turn out in last week’s parliamentary election.

Several doctors interviewed by TIME said they thought the virus arrived in Iran far earlier than officials admitted. “In the past couple of weeks there were quite a few patients, mainly elderly, with suspicious symptoms who would test negative for influenza, some of whom have died,” said the doctor at Masih Daneshvari hospital. “Naturally we thought it might be corona, but had no testing kit to properly test for [it].” He added that the first testing kits did not come to Iran until last Wednesday. “The kits were not available for sale to us earlier and we bought the first batch from Germany as soon as they were available.”

The anaesthesiologist said the lack of urgency among public officials is reflected in the number of ordinary Iranians who aren’t taking the outbreak seriously. “Me and my colleagues, we all think people also don’t have a good understanding that they too need to cooperate. I mean the government has shut down the schools and you see people going on family trips! People’s lack of seriousness and care is also contributing to the crisis,” she said.

Medical workers also said that their equipment is badly outdated, a situation made worse by the U.S. sanctions on the Iranian economy. Although the U.S. administration says “humanitarian and medical needs” are exempt from sanctions, few European companies dare to do business in Iran in fear of potential retribution from the U.S. Moreover, sanctions on Iranian banks make it highly complicated to carry out transactions with Europe.

One Iranian entrepreneur who imports and sells medical respiratory equipment told TIME that it takes three times longer to make a simple banking transaction with Europe under the newly imposed sanctions. “In Iran, in times of crisis, we don’t have any effective government-backed emergency task force; and everything we want to do with Europe is done with delay. We have had ICU bed shortages for a while and now we can’t buy the number we need for this corona outbreak in a timely way.”

In light of the coronavirus outbreak, he adds, there is also a shortage of “mechanical ventilators, non-invasive ventilator, and HFNC (high flow nasal cannula)” all of which his company is having a hard time purchasing due to sanctions over Iran’s banking system.

Medicines too are in short supply. The doctor in Masih Daneshvari hospital said the scarcity of U.S. dollars limits purchasing power. Right now he is in dire need of the antiviral medicine Remdesivir, he adds. But despite all the limitations, he says he is doing what he can to fight the coronavirus. “We are the frontline. We need to accept that we have so many shortcomings; but we, the medical professionals, are fighting this war with all of our power. I come to this hospital for the people in need and am willing to give my life.”