WHO upgrades global risk of coronavirus spread to maximum level 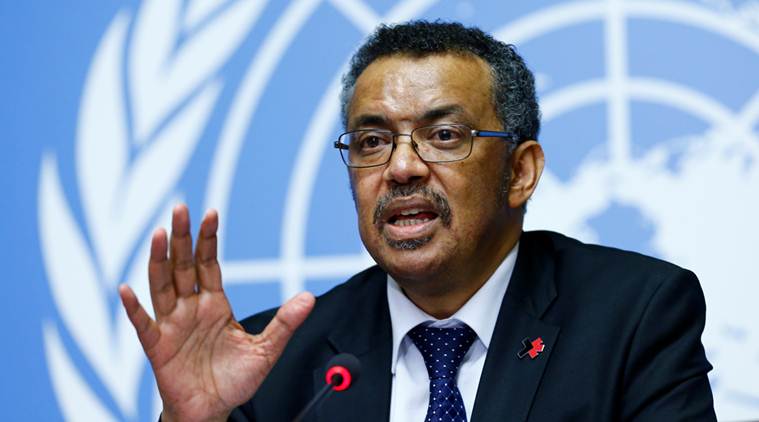 The UN health agency on Friday upgraded the global risk from the new coronavirus to its highest level, saying the continued increase in cases and countries affected was “clearly of concern”.

“We have now increased our assessment of the risk of spread and the risk of impact of COVID-19 to very high at global level,” World Health Organization chief Tedros Adhanom Ghebreyesus told reporters.

“We do not see evidence as yet that the virus is spreading freely in communities. As long as that’s the case, we still have a chance of containing this virus,” he said.

“The key to containing this virus is to break the chain of transmission,” he said, emphasising the importance of individuals taking precautions to stop contagion.

“Our greatest enemy is not the virus itself, it’s fear, rumours and stigma and our greatest assets are facts, reason and solidarity,” he said

Tedros also said more than 20 vaccines were in development globally and several treatments were in clinical trials with results expected “in a few weeks”.

Michael Ryan, head of the WHO’s health emergencies programme, said it was “unhelpful” to ask if the outbreak could now be considered a pandemic.

If the WHO called it a pandemic “we’re essentially accepting that every human on the planet will be exposed to that virus. The data does not show that,” he said.

“If we don’t take action… that may be a future that we have to experience,” he said, adding that “a lot of the future of this epidemic is in the hands of ourselves”.

EU health ministers will meet next Friday “to discuss measures related to the COVID19 outbreak,” a European Commission spokesman announced Friday on Twitter.

The meeting was not previously scheduled.

The last such meeting on the issue took place two weeks ago with the ministers promising to coordinate over the spreading virus.