Iraq, Kuwait ban travel to and from Iran as coronavirus deaths rise in Iran 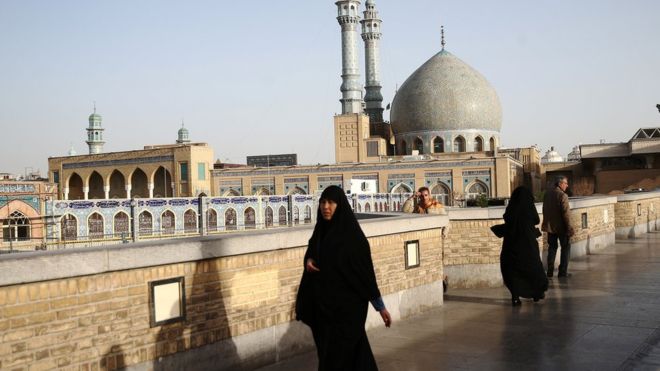 Qom is the location of the shrine of Hazrate Masoumeh, a revered female saint in Shiite Islam. Many of the coronavirus cases involved residents of the holy city of Qom, a popular destination for Kuwaiti and Iraqi Shiites
Share:

Iraqi and Kuwaiti authorities were on high alert Friday after banning travel the previous day to and from Iran, where authorities say the death toll from the new coronavirus has hit four.

Since December, the virus has killed more than 2,345 people in China, the epidemic’s epicentre. Worldwide the number of deaths rose to 2360 and total number of cases rose to 77672.

Elsewhere in the world, it has killed over a dozen people and spread across some 26 countries.

In the Middle East, two elderly men in Iran were the first confirmed deaths from the virus, which has also spread to the United Arab Emirates, Egypt and Israel, which confirmed its first case on Friday.

Both Iraq and Kuwait, which respectively share land and maritime borders with Iran, have not confirmed any cases of the virus internally.

But the outbreak in the Islamic Republic has sparked alarm, especially since many of the coronavirus cases involved residents of the holy city of Qom, a popular destination for Kuwaiti and Iraqi Shiites.

Shiite leader Moqtada Sadr, a major figure in Iraqi politics, himself studies in an Islamic seminary in Qom.

Iraq is a popular destination for millions of Iranian Shiite pilgrims, including religious scholars from Qom, who visit holy sites in the southern provinces of Najaf and Karabala.

Iran is also the second-largest exporter of goods to Iraq, sending products to the value of around nine billion dollars annually.

Iraq’s top Shiite cleric on Friday called on authorities to be ready to stem any outbreak.

“The scale of preparations should match that of the threat,” said Grand Ayatollah Ali Sistani in his weekly sermon delivered by a representative.

“We call on relevant authorities to be up to the level of responsibility”.

A key player in Iraq, Iran supplies Baghdad with the energy it desperately needs to combat chronic power cuts and wields sizable influence over political and paramilitary factions in the country.

American threats of sanctions and tit-for-tat bombings between US and Iranian forces on Iraq’s soil have done little to stem the movement of people and goods between Tehran and Baghdad.

The COVID-19 virus, however, has triggered unprecedented measures.

Iraq on Thursday clamped down on travel to and from the Islamic republic, with Iraq’s health ministry announcing people in Iran were barred from entering the country “until further notice”.

“Iranians are prohibited from entering (Iraq),” a senior official told AFP, adding that border crossings with Iran had been closed, with only returning Iraqis allowed to pass through.

Those Iraqis would be examined and, if necessary, placed in quarantine for 14 days, the health ministry said.

Iraqi nationals are also not allowed to travel to Iran, according to the ministry.

The border closure followed a backlash against a Wednesday announcement of visa waivers for Iranian nationals wishing to travel to Iraq.

Iraqis took to social media using the hashtag “close the border” and local officials called for a ban on the entry of goods and people.

Iraqi airports were already screening travellers for the virus and national carrier Iraqi Airways has suspended flights to Iran.

Iraq had previously issued a ban on the entry of Chinese nationals.

In Kuwait, national carrier Kuwait Airways announced Thursday it would suspend all flights to Iran, while its ports will also be closed to passengers travelling to and from the country.

Kuwaitis were advised not to travel to Qom, and were warned anyone arriving from the city they would be quarantined.

Social media networks have become fertile ground for fears among Iraqis who say the healthcare system — battered by waves of conflict — cannot accomodate a coronavirus outbreak.

Hospitals are generally poorly equipped in terms of equipment and medicine, while some still require reconstruction and refurbishment.

More than 20,000 doctors have left the country since the fall of Saddam Hussein in 2003, according to health professionals.

There are less than 10 doctors for every 10,000 people, according to the World Health Organisation.

Iraqis are circulating prayers on social media networks, while videos circulating online showed Iraqi and Iranian families lighting incense in their homes with the belief that it will prevent infection.

Some said they were turning to herbalists for natural remedies, while others joked that alcohol consumption could combat the virus.