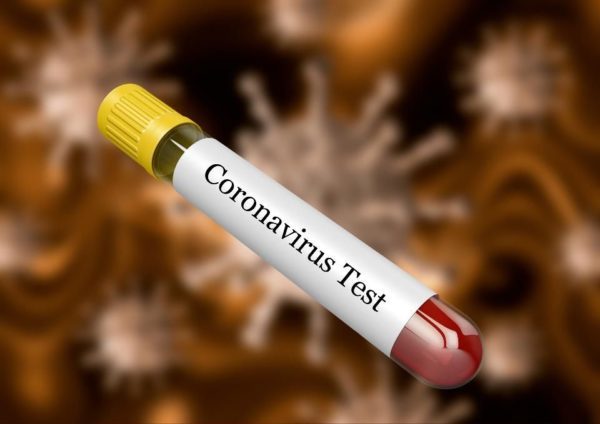 Weeks after the novel coronavirus crisis began in December, there is still widespread confusion over the exact number of cases reported in China and whether the epidemic is finally stabilizing at the outbreak’s epicenter of Hubei province.

On Thursday, China announced just 394 new confirmed cases, the lowest number of daily infections reported in weeks. But on Friday, the confirmed number of cases in mainland China increased to 889, according to the country’s National Health Commission.

This fluctuation could be partly down to a change this week in what is counted as a “confirmed case” in Hubei province, the epicenter of the global outbreak. Here’s what we know.

How has China changed its method?

Last week, Hubei province announced it would count “clinically diagnosed” cases in its numbers. These were patients who demonstrated all the symptoms of Covid-19 but either had not been able to get a test or were believed to have falsely tested negative.

No US coronavirus cases were caught by airport temperature checks. Here’s what has worked Hubei doctors could use CT scans to confirm such coronavirus infections without a test. That decision saw confirmed cases in Hubei province soar, with more than 15,152 new infections announced in mainland China on February 12 alone.

Officials said the move to include clinically diagnosed patients was intended to help clear a backlog of suspected cases in Hubei.

But on Thursday the government guidelines changed and “clinically confirmed” were excluded from the tally of confirmed cases.Now patients must have a positive lab test result to be counted in the tally. Other cases will be listed as “suspected.”

The World Health Organization (WHO) reacted to the change in their Friday situation report, noting: “Some previously reported ‘clinically diagnosed’ cases are thus expected to be discarded over the coming days as laboratory testing is conducted and some are found to be Covid-19-negative.” Adding to the confusion is that on Friday, Hubei health authorities announced another new development.

Tu Yuanchao, deputy director of Hubei Health Committee, said at a press conference that the provincial government has banned the practice of reducing the number of already confirmed cases. Tu said that all the cases that were confirmed but then retroactively dismissed as they no longer fitted the reporting requirements would be added back to the total tally.

“These adjustments in numbers have attracted huge public attention, caused some doubts about the data. As a result, Ying Yong, secretary of the provincial Party committee, attached great importance to this issue. He explicitly ordered that no subtraction be allowed for already-confirmed cases and all subtractions be added back,” Tu said.

Why has China done this?

China cited improved testing capacity of the novel coronavirus as the reason for changing the way confirmed cases are counted in Hubei province, officials said Thursday.

Wang Guiqiang, director of the Society of Infectious Diseases of the Chinese Medical Association, said: “In order to resolve the conflict between diagnosis and treatment, in Hubei, such clinical diagnosis was introduced to enable timely treatment of possible patients and reduce fatality rate.”

Nucleaic acids — such as DNA — are the main information-carrying molecules of the cell. Nucleic acid tests analyze swabs taken from a patient’s saliva or mucus and look for the genetic materials of the virus.

However, scientists have pointed to problems with the nucleic acid test producing false negatives, meaning infected patients could be going undetected.

There are also reports in parts of China that a shortage of testing kits and inaccurate results are leading to long delays in the diagnosis and treatment of coronavirus patients.

The WHO has previously voiced support for the way China is counting coronavirus infections, and said Thursday it was encouraged by the drop in reported cases.

Some experts, however — including a former US Food and Drug Administration commissioner — have expressed skepticism over taking China’s figures at face value, given the government’s track record of suppressing information about this epidemic and previous ones.

But David Fisman, a professor of epidemiology at the University of Toronto, said the way that officials define cases of a virus often evolves as their understanding of the illness develops.

“One could change a case definition for sort of nefarious reasons to create the illusion that the epidemic is getting better. In this case, China did exactly the opposite,” he said. “They broadened their case definition when they needed to, in order not to miss cases, and now that things are under control they’re narrowing it down again to make it consistent to easier to keep track of what’s really going on.”

But Eric Feigl-Ding, an epidemiologist and visiting scientist at the Harvard T.H. Chan School of Public Health, said to change track twice in one week was “very unusual.”

“It’s very confusing to see true trends and makes elucidating them complicated,” Feigl-Ding continued. “Did (the cases) really decrease or is it because you’ve been not reporting this the last few days?”

Experts have also questioned the reliability of China relying solely on the lab test. “There’s evidence that people don’t test positive until much later in the in the disease course,’ said Feigl-Ding.

Asymptomatic cases not counted in China

China’s decision to not count patients who have tested positive in the lab but haven’t shown any symptoms has also raised eyebrows.

This differs from the reporting practice of countries around the world, said Feigl-Ding.

For example, 11 Americans who were flown back to the US from Japan last week tested positive for the virus but showed no symptoms. Those asymptomatic patients are counted as confirmed cases in the US, but if they were in China they would not be.

“It’s extremely frustrating,” said Feigl-Ding, who said attempting to count the number of global cases with such a discrepancy, “becomes an apples and oranges situation.” He urged China to report how many lab-positive asymptomatic patients it has, as failing to do so prevent “for international comparisons.”

The US Centers for Disease and Control has said that asymptomatic patients can still be contagious and spread the virus.

Is the outbreak under control?

At a press conference on Thursday, the WHO’s director-general, Tedros Adhanom Ghebreyesus, said that although data from China showed a decline in new infections, this was no time for complacency.

Experts have warned there could be a renewed increase in cases once China properly returns to work — hundreds of millions of people around the country have been on lockdown for weeks now.

Smaller outbreaks continue to expand elsewhere, including on the Diamond Princess cruise ship in Japan, where two deaths were confirmed Thursday, the first from the hundreds of cases on the ship, which has begun disembarking passengers after a 14-day quarantine this week.

There have been 78 cases confirmed with no connection to the ship, raising concerns of a self-sustaining outbreak in the country.