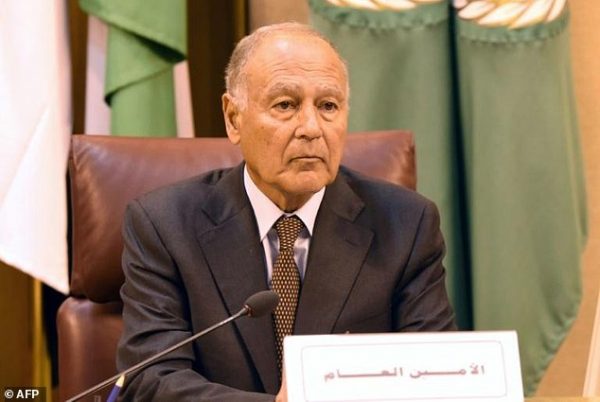 Secretary-General of the Arab League Ahmed Abul Gheit called for the ICRC to demand Israel “ensure treating Palestinian prisoners on hunger strike according to norms and standards set in international humanitarian law”
Share:

The Arab League (AL) Secretary-General Ahmed Aboul-Gheit said Tuesday it is important for the new Lebanese government to meet the demands of the Lebanese people.

Gheit’s remarks came during his meeting in Cairo with the United Nations Special Coordinator for Lebanon Jan Kubis, the AL said in a statement.

Aboul-Gheit expressed the AL’s support and solidarity with Lebanon during crises it has gone through, according to the statement.

He stressed the importance that the new government should fulfill its pledges and carry out necessary economic reforms that would enable the government to restore the confidence of the international community and open the way to benefit from international aid and attract investment.

Aboul-Gheit and Kobis discussed the most important developments and the prominent challenges facing Lebanon during the next stage.

Last week, the Lebanese cabinet headed by Prime Minister Hassan Diab gained a vote of confidence by the parliament with a majority of 63 votes.

Lebanon is in dire need for serious reform measures to save the deteriorating economic and financial situation amid severe shortage in U.S. dollar currency caused by a drop in foreign reserves of the central bank which has impacted both individuals and businesses.