Sinn Fein surges as most popular party in Irish election 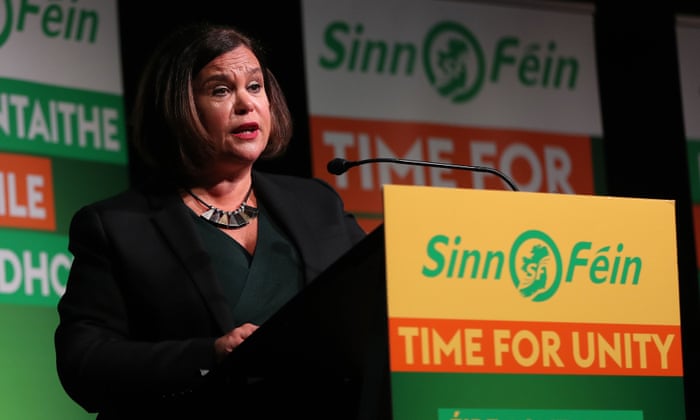 Ireland operates on a single transferable vote system and Sinn Fein ran a slate of just 42 candidates for the 159 seats contested, meaning its strong performance may not result in it becoming the biggest party in Ireland’s next parliament.

But the left-wing party started celebrating its surge after campaigning on issues of healthcare and housing.

Counting is expected to continue on Monday, with analysts saying it could take two to three days before full results are known.

Fine Gael and Fianna Fail have traditionally taken turns in power in the Republic.

“It seems that we have now a three party system,” said Varadkar at the counting centre for his Dublin West constituency.

“That is going to make forming a government quite difficult.”

Varadkar failed to take the first of four seats as the count unfolded, with a Sinn Fein candidate announced as the first new lawmaker in his region.

Varadkar was elected on the fifth round of vote counts, relying on redistributed ballots in a morale-bruising episode for the premier.

But due to ballot transfers and Sinn Fein’s smaller slate of candidates an overall seat forecast should not be extrapolated from the early set of lawmakers elected.

Leaders entered negotiation mode as it became clear the next government will need to contain more than one party.

McDonald arrived at the main count centre in the capital to a huge fanfare from supporters and was returned to her central Dublin seat on Sunday evening.

“This is changing the shape of an old Irish politics. This is not a transient thing, this is just the beginning,” she told reporters.

McDonald said the two other main parties were “still in a state of denial, they’re still not listening to what the people have said”.

The 50-year-old said she ideally wanted “a government with no Fianna Fail or no Fine Gael in it” and had made contact with smaller parties, but added: “I will talk to and listen to everybody.”

Sinn Fein’s flagship policy is uniting Ireland and the British territory of Northern Ireland, reversing the partition of the island of Ireland in 1921.

Varadkar reiterated his campaign position that he would not form a coalition with Sinn Fein because of its past links to the Irish Republican Army paramilitary.

“Nobody can be forced into some sort of forced marriage or forced coalition,” he said.

Fianna Fail leader Micheal Martin was elected to his seat in the city of Cork. He has previously said he would not back Fine Gael in a “grand coalition”.

But on Sunday night he seemed to soften his stance against a potential coalition with Sinn Fein.

“This is not just a change election — it has changed Irish elections themselves for the foreseeable future,” wrote columnist Fintan O’Toole in The Irish Times newspaper.

“For a huge chunk of voters, change is being seen as something that comes from outside the system.”

Sinn Fein was “once inextricable from the IRA” and considered a “pariah” he said, but younger voters in particular were drawn by the party’s promise of addressing income inequality.

Notably, an exit poll put Sinn Fein comfortably ahead with voters aged 18-24 and 25-34, with support at 32 percent in each age bracket.

But even once the make-up of the new chamber emerges, it could take much longer to cobble together a government.