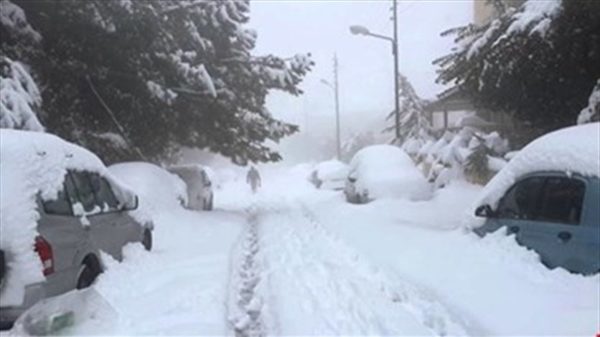 A snowstorm hitting Lebanon on Saturday has blocked roads in different regions of the country, a local media outlet reported.

The snowstorm was so heavy that civil defense was called in to save cars stuck in the snow, said Elnashra, an online independent newspaper.

Dubbed Karim, the snowstorm is expected to be accompanied by high wind speed on Saturday evening, which may lead to the collapse of billboards and the formation of ice layers at altitudes of 600 meters, according to the weather forecast of Beirut’s airport.

The snowstorm is expected to subside on Monday, according to weather forecasts.