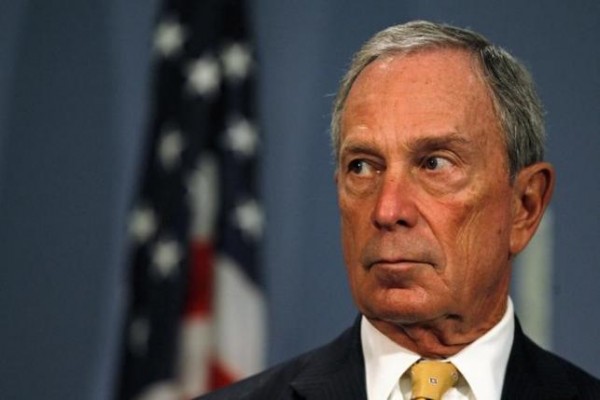 The former mayor was responding to Trump attacking his height.

“Very little,” Trump told Fox News of Bloomberg in a clip released hours ahead of his pre-Super Bowl interview with Sean Hannity. “I just think of little. You know, now he wants a box for the debates to stand on. OK. It’s OK. There’s nothing wrong. You can be short. Why should he get a box to stand on. He wants a box for the debates. Why should he be entitled? Does that mean everyone else gets a box?”

“Cory Booker and all these people couldn’t get all the things that Bloomberg’s getting now,” Trump continued. “But, I think it’s very unfair for the Democrats. But I would love to run against Bloomberg. I would love it.”

It was unclear what Trump was referencing in regards to Bloomberg requesting a box to stand on during an upcoming Democratic debate. Bloomberg, whose height was trending on Google Sunday, is listed as 5 feet, 8 inches tall.

Bloomberg’s campaign said there was no truth to Trump’s remarks.

“The president is lying,” Bloomberg campaign spokesperson Julie Wood said in a statement. “He is a pathological liar who lies about everything: his fake hair, his obesity, and his spray-on tan.”

The former mayor echoed his spokesperson’s remarks, saying that Trump “lies about everything so you shouldn’t be surprised that he said things like that.”

“I stand twice as tall as he does on the stage that matters,” he added.

Last week, the Democratic National Committee announced new criteria for debate qualification which opened the door for Bloomberg, who is not taking donations, to participate in future primary debates. As of Sunday, Bloomberg is in fourth place in the RealClearPolitics average of national Democratic primary polling.

Trump has spent the past few weeks attacking Bloomberg repeatedly on Twitter as Bloomberg ads blanket the airwaves.

Early Sunday morning, Trump tweeted that Bloomberg “is going nowhere, just wasting his money, but he is getting the DNC to rig the election against Crazy Bernie, something they wouldn’t do for @CoryBooker and others.” They are doing it to Bernie again, 2016.