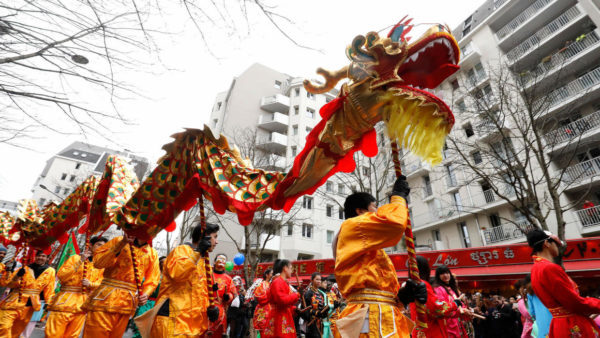 Sunday’s event, a highlight for Paris’ 13th arrondissement or district, will be postponed for a few months, mayor Jerome Coumet told AFP.

“The Chinese community is not in the mood for partying, the situation is too complicated with what is happening in China,” he said.

“We are postponing it for health reasons and,” added

Sacha Lin-Jung of the Association of Chinese People Living in France, which organises the festival, said it was being deferred for health reasons and to allay public concern.

Since the start of the coronavirus outbreak in China, Franco-Chinese community members have complained about xenophobic abuse on social media and on the street.

The parade, which features dancers, paper lanterns and huge dragon puppets, had been called off to avoid it “being ruined by insults,” Lin-Jung said.

Anne Souyris, a Paris city health official, said it was postponed as a “precaution”, as “it is an event where hundreds of thousands of people are in close proximity for several hours”.

A small Lunar New Year parade planned in central Paris last Sunday, and another in Bordeaux, were also cancelled.

So far, five people in France — four in Paris — have been diagnosed with the coronavirus.

The fifth case, confirmed Wednesday, was the daughter of an elderly Chinese tourist hospitalised in the capital.

The start of the Lunar or Chinese New Year, the Year of the Rat, fell last Saturday, but celebrations in China were dramatically scaled back.

The outbreak has killed 170 people and infected more than 7,700 worldwide.