Clashes around Parliament as MPs meet to debate budget 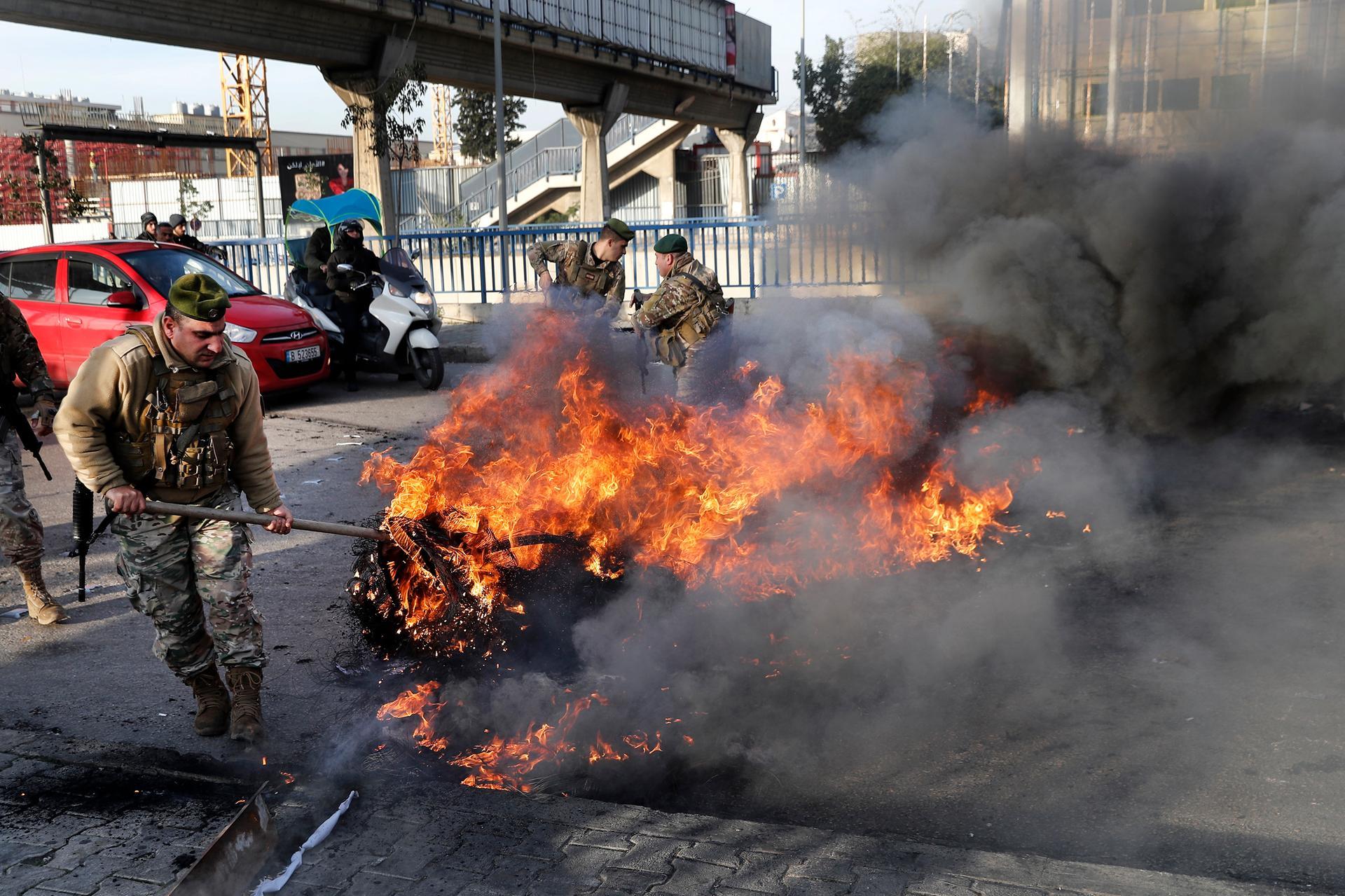 Lebanese soldiers try to remove burning tires set on fire by the anti-government protesters to block the southern entrance of a highway during a protest against the newly formed cabinet. AP
Share:

Protesters hurled rocks at police near Lebanon’s Parliament on Monday before MPs met to debate the state budget as the country grapples with a major financial crisis.

Many protesters have rejected the country’s new Cabinet, formed after 39 days of talks last week. Demonstrators are demanding an end to the sectarian power-sharing system that has governed since the end of Lebanon’s civil war in 1990.

Speaker Nabih Berri has delayed the budget debate several times amid three months of nationwide protests against the political elite that stands accused of corruption, nepotism and mismanagement.

But MPs met late on Monday morning; during the two-day session they are expected to vote on a budget that was drafted by the Saad Hariri-led government that collapsed in October.

Parliament’s finance and budget committee has introduced changes since then. Its chairman, Ibrahim Kanaan, told Reuters on Friday the latest projection was for a budget with a deficit of 7 per cent instead of the originally hoped-for 0.6 per cent, reflecting the crisis.

Since the start of the protests, the value of the currency has dropped nearly 40 per cent despite being pegged to the US dollar at an official exchange of 1,507 pounds. Banks have implemented tight capital controls – some allowing withdrawals of only $200 (Dh734) a week – and unemployment has spiked as the protests bring the country to a halt.

Early on Monday, thousands of soldiers, including members of the special forces, as well as riot police were on major roads in the capital and its suburbs.

They sealed off the zone leading to Parliament to prevent protesters from blocking the MPs’ path. Protesters closed roads further afield in an effort to prevent the legislators from reaching the building, as was the case at an earlier session.

The tight security measures underscored the determination to hold the two budget sessions despite the demonstrations.

In November, thousands of protesters closed roads leading to Parliament, forcing a postponement of a legislative session after most lawmakers were able to reach the legislature.

In recent days, the security forces set up concrete blast walls around Parliament and the nearby government headquarters, known as the Grand Serail, to keep protesters from reaching them. Over the past two weeks, central Beirut experienced riots that left more than 500 civilians and policemen injured.

Lebanon has one of the highest public debts in the world, standing at more than 150 per cent of GDP. Growth has plummeted and the budget deficit reached 11 per cent of GDP in 2018 as economic activity slowed and remittances from Lebanese living abroad shrank.