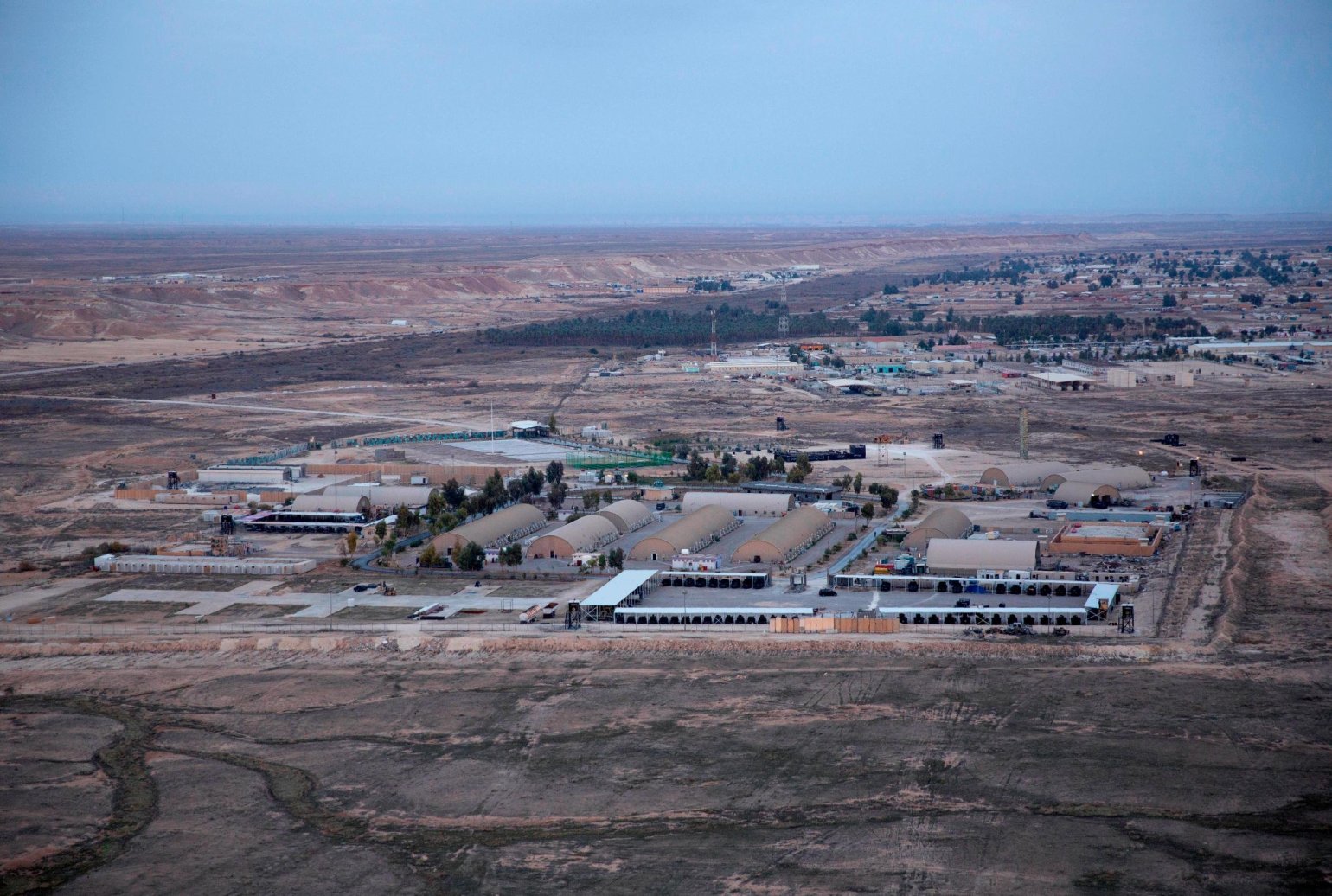 This aerial photo taken from a helicopter shows Ain al-Asad air base in the western Anbar desert, Iraq, Sunday, Dec. 29, 2019. The Pentagon said that Iran launched more than a dozen missiles at two Iraqi bases that hold US troops in response to the US airstrike that killed a top Iranian general last week. No casualties were reported at the time
Share:

WASHINGTON, – The Pentagon said on Friday that 34 service members had been diagnosed with traumatic brain injury following missile strikes by Iran on a base in Iraq earlier this month, a number higher than the military had previously announced.

President Donald Trump and other top officials initially said Iran’s attack had not killed or injured any U.S. service members.

Last week the U.S. military said 11 U.S. troops had been treated for concussion symptoms after the attack on the Ain al-Asad air base in western Iraq and this week said additional troops had been moved out of Iraq for potential injuries.

Eight service members who had been previously transported to Germany had been moved to the United States and would receive treatment at either Walter Reed military hospital or their home bases.

Hoffman said the service members were being treated on an outpatient basis and were transported back to the United States in order to be closer to their pre-deployment bases.

Nine service members remain in Germany and are undergoing evaluations and treatment.

Hoffman said the military had seen symptoms like headaches, dizziness, sensitivity to light and nausea.

On Wednesday, Trump appeared to play down the injuries, saying he “heard that they had headaches and a couple of other things.”

Pentagon officials have said there had been no effort to minimize or delay information on concussive injuries, but its handling of the injuries following Tehran’s attack has renewed questions over the U.S. military’s policy regarding how it deals with suspected brain injuries.

While the U.S. military has to immediately report incidents threatening life, limb or eyesight, it does not have an urgent requirement to do so with suspected traumatic brain injury, or TBI, which can take time to manifest and diagnose.

Hoffman said U.S. Defense Secretary Mark Esper had directed the Pentagon to review the process for tracking and reporting injuries.

“The goal is to be as transparent, accurate and to provide the American people and our service members with the best information,” Hoffman said.

Various health and medial groups for years have been trying to raise awareness about the seriousness of brain injuries, including concussions.

According to Pentagon data, about 408,000 service members have been diagnosed with traumatic brain injury since 2000. (Reuters)