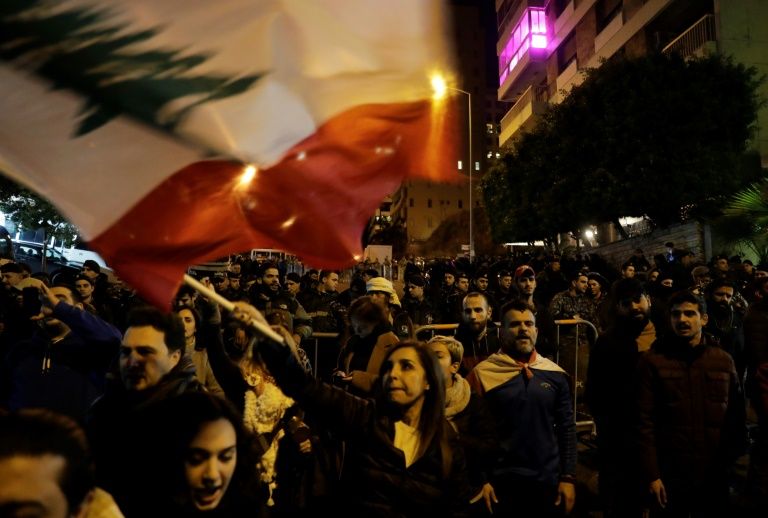 Speaking on Wednesday, Pompeo said Washington does “not know the answer yet” if it will work with the newly formed Lebanese government. The government came to fruition after months of political unease exacerbated by massive economic contraction.

Lebanon’s debt-to-GDP stands at more than 150%, one of the highest in the world, and unemployment hovers between 35% and 40%. It is ranked 138 out of 175 countries by Transparency International’s Corruption Perception Index.

“The test of Lebanon’s new government will be its actions and its responsiveness to the demands of the Lebanese people to implement reforms and to fight corruption,” Pompeo said in a statement.

“Only a government that is capable of and committed to undertaking real and tangible reforms will restore investor confidence and unlock international assistance for Lebanon,” he added, highlighting the need for the small Mediterranean country to get its finances in order before seeking external support.

On Tuesday, Lebanon’s Prime Minister Hassan Diab formed a 20-member government after ceding to the demands of his backers by adding two posts for the Marada Movement, allies of the Iranian-backed Hezbollah.

After months of tug and pull and feuds over ministerial allocations, Hezbollah and its allies managed to form a Cabinet that faces the daunting task of steering Lebanon away from financial collapse.

Hezbollah’s grip on the government is sure to spur the international community, with Pompeo arguing that the protests are fueled by anti-Hezbollah sentiment.

“The protests taking place today in Lebanon are saying to Hezbollah no more. We want a non-corrupt government that reflects the will of the people of Lebanon,” he told Bloomberg in an interview.

The Shiite militant and political group Hezbollah is designated a terrorist organization by both the U.S and U.K.

Speaking from the World Economic Forum in Davos, Switzerland, former Foreign Minister Gebran Bassil threw his weight behind the government which “will restore international confidence.”

“This government should start right away to fix the fiscal problems of this country,” Bassil said, calling on both Lebanese and the international community to afford the government a chance to “prove its credibility.”

“This government will prove whether it is credible or not by its action,” Bassil told panel moderator Hadley Gamble.

After securing the vote of confidence of Parliament and the Lebanese people, the new government will then seek to rally the support of international donors Bassil said.

Yet Hezbollah’s backing might derail international help, as pointed out by Gamble.

“I have asked the Saudis and the Qataris, and the message is clear, off the record, that they will not back a government that is backed by Hezbollah,” she said.

To circumvent potential isolation, Bassil maintained that the first order of business lies with the government implementing the necessary reforms before seeking international aid.

Ever since U.S President Donald Trump took office, his Cabinet has initiated a maximum pressure campaign targetting Iran and Hezbollah with hard-hitting sanctions.

Hezbollah’s dominant military and political force, however, aided by its alliance with the biggest Christian parliamentary block, has made it hard to dampen both its local and regional influence.

“The formation of a new government is an important step for Lebanon. Along with other members of the international community, we stand ready to support Lebanon, but we look to this government to demonstrate its commitment to the reforms which Lebanon desperately needs,” Rampling said.