Davos under fire for inviting Bassil to represent Lebanon 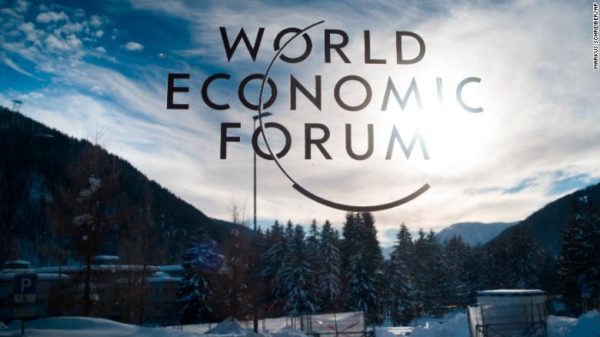 The WEF has invited the country’s controversial foreign minister to speak amid months-long protests calling for the removal of the government he represents. Thousands of email messages were sent by the Lebanese people to Davos against Bassil’s participation since is the most reviled politician in the country and is part of a resigned cabinet that was Brought down by protesters .

The World Economic Forum’s Davos summit has come under criticism for inviting Lebanon’s caretake Foreign Minster Gebran Bassil to take part in a talk on unrest in the Arab World as his country is experiencing months-long protests against the government he represents.

The talk at Davos, which begins on Tuesday, is scheduled for Thursday and is called “The Return of Arab Unrest”. The WEF website says that it will focus on how protests around the region can be translated into a positive road map for political change.

However, many in Lebanon were outraged at the choice of Mr Bassil for speaker as he is a controversial figure, sometimes referred to as the most reviled politician in the country, and whose name has often appeared in the anti-government chants that have accompanied the unrest.

Mr Bassil is married to President Michel Aoun’s youngest daughter and has been accused of trying to revive and fuel sectarianism for political gain. He also has political ties to Shiite militant group Hezbollah.

Media and public figures took to social media to call for the WEF to drop him from the schedule.

Zahra Hankir, journalist and editor of the anthology Our Women on The Ground, a collection of essays by Arab women journalists, said the decision to ask him to speak was “astonishing and shameful”.

“@davos must reconsider hosting Bassil, who’ll reportedly be flying over by private jet to represent #Lebanon at a time when the vast majority of Lebanese [are] calling for basic human rights [and] reject him,” she tweeted.

1/ It’s utterly astonishing & shameful that Lebanese FM #GebranBassil is being welcomed at @Davos @wef to speak this week at a session ironically entitled “The Return of Arab Unrest.” Bassil is a documented racist & refugee-loathing inept politician https://t.co/5avtYC87zu pic.twitter.com/6riUjO5Lft

Samah Hadid, a former Middle East Director of Campaigns at Amnesty International, implied on Twitter that he was not honest about the country’s current situation.

“According to Bassil, Lebanon’s economy is in OK shape and a great place to invest with wonderful returns. Do we laugh or cry? We do both,” she said.

“How about inviting someone from Lebanon’s civil society…?” said BBC journalist and author of Black Wave, a history of Middle Eastern conflict, Kim Ghattas.

Hello @Davos how abt inviting someone from Lebanon civil society to sit on this panel about return of unrest, instead of @Gebran_Bassil a caretaker minister who is target of protestors’ anger? And at whose expense is he taking this luxury trip while Lebanon faces econ collapse? https://t.co/ofHNcHC7Pv

Protests began across Lebanon in October over planned taxes on petrol and messenger app WhatsApp, but have expanded to condemnation of sectarian rule, a stagnant economy, corruption, the lack of basic public services and high unemployment. Former prime minister Saad Hariri was forced to resign the same month.

At the weekend, 400 were wounded in violent clashes between protesters and security forces, with frustration renewed against a political class demonstrators deem incompetent, corrupt and responsible for the ever-deepening economic crisis.