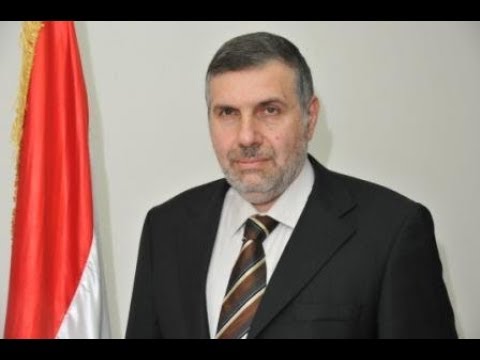 Informed sources said that former Iraqi Communications Minister Mohammed Tawfiq Allawi, a leading candidates for the position of interim Prime Minister , left Beirut for Baghdad on Monday to be be designated as the new the Prime Minister.
The sources added that he will meet in the coming hours with president Barham Salih who is expected to ask him to form the interim government.”

They added, “Allawi presented several conditions for his acceptance of the position , noting that “the assignment could be made within hours.”

The previous government headed by Adel Abdul-Mahdi submitted its resignation in response to the demands of the demonstrators, after a number of citizens were killed by government forces.

“I resigned because Maliki refused to… (stop) political interference in my ministry,” Allawi told AFP by telephone from London, referring to demands he made in July 2012 for an end to meddling in his ministry.

Maliki reportedly asked that a number of director-generals in the communications ministry be transferred to different ministries against Allawi’s wishes.

“”I asked to keep them but Maliki refused.” He was quoted as saying.

Allawi studied Architectural Engineering at Baghdad University, when he left mid-way through his studies as he was wanted by the government of Saddam Hussein. He went into exile and moved to Lebanon, where he completed his education and obtained a degree in Architecture from the American University of Beirut. He then moved to the United Kingdom.

While in college he co-founded the Tawfiq Allawi Cable & Electric Wire Factory which manufactured various raw materials including marble, concrete and PVC. His factories were confiscated by the Iraqi government in 1997. Allawi went on to found a cereal bar factory and a software company in England and to work in property development in Lebanon, Morocco and the real estate market in the UK.

Allawi participated in the Salah Al-Din Conference of opposition parties in 1992 and the London Conference in 2002. He was elected to the Iraqi parliament in January 2005.  He is the cousin of Ayad Allawi who founded the opposition Iraqi National Accord and went on to be the interim Prime Minister of Iraq from 2004 to 2005.