Trump warns Iran against ‘another massacre’ amid airliner protests 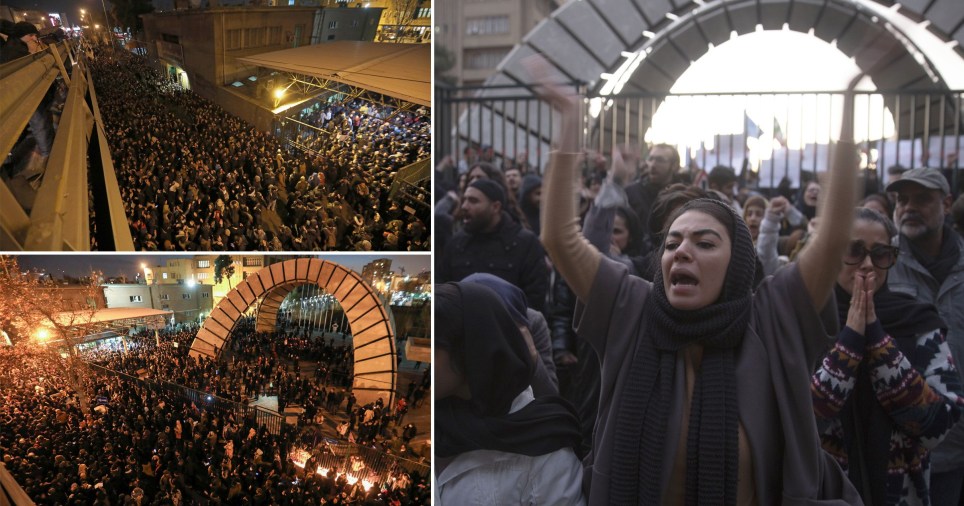 Donald Trump has warned Iran against cracking down on protests that broke out after it admitted shooting down an airliner by mistake, killing all 176 people onboard.

“The government of Iran must allow human rights groups to monitor and report facts from the ground on the ongoing protests by the Iranian people,” Trump wrote.

His message came after Iranian police dispersed students chanting “radical” slogans, according to Fars news agency, during a Saturday gathering in Tehran to honour those killed when the Ukraine International Airlines plane was shot down shortly after taking off from Tehran.

AFP correspondents said hundreds of students gathered early in the evening at Amirkabir University, in downtown Tehran, to pay respects to those killed in the air disaster. The tribute later turned into an angry demonstration.

“To the brave, long-suffering people of Iran: I’ve stood with you since the beginning of my Presidency, and my Administration will continue to stand with you,” Trump wrote.

“We are following your protests closely, and are inspired by your courage.”

A senior US administration official said Iran’s downing of the plane was an “awful mistake” that formed part of a pattern of reckless behaviour. “It is more important now than ever that Iran abandons its reckless ambitions and starts behaving like a normal country,” the official said.

The demonstrations in Iran follow a crackdown on street protests that broke out in November. Amnesty International has said it left more than 300 people dead

“There can not be another massacre of peaceful protesters, nor an internet shutdown. The world is watching,” Trump said.

According to media reports, internet access was effectively cut off in multiple Iranian provinces ahead of memorials planned a month after the protests.

Trump tweeted both of his messages in Farsi as well.