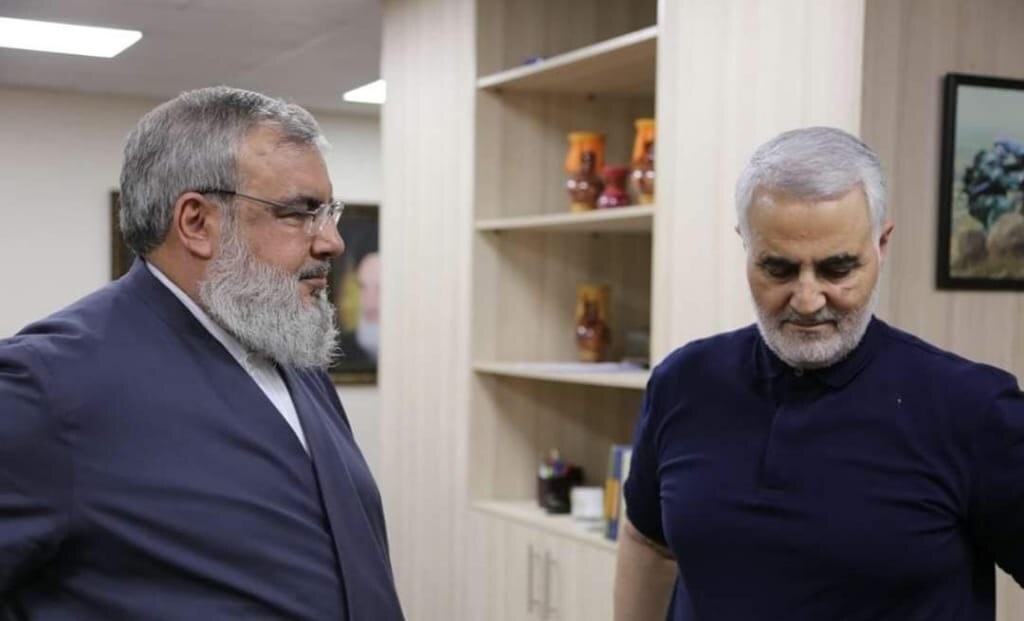 File photo: Iranian media published several pics of the leader of Lebanon’s Hezbollah , Hassan Nasrallah ( left) and slain Gen Qassem Soleimani the former leader of IRGC’s Quds force . Nasrallah is shown without the turban . Jan 5 2020. The assassination of Soleimani who was Nasrallah’s boss was a huge blow for Hezbollah. Soleimani was replaced by his deputy Brigadier General Esmail Ghaani who is perceived as a very week leader of the Quds force
Share:

On Sunday, the Iranian media published for the first time a set of archival photos that show the leader of the Iranian Quds Force, Qassem Soleimani, with the Secretary General of the Lebanese “Hezbollah” Hassan Nasrallah.
In one of these photos, Soleimani is shown performing prayers behind Nasrallah.
These photos reflect the distinguished friendship between the two men which are far from formalities, where Nasrallah can be seen in a rare appearance without a turban, the Iranian media reported

Another pic of the leader of Lebanon’s Hezbollah , Hassan Nasrallah and Gen Qassem Soleimani. Nasrallah is shown without the turban . Jan 5 2020