Ghosn: A tycoon full of surprises 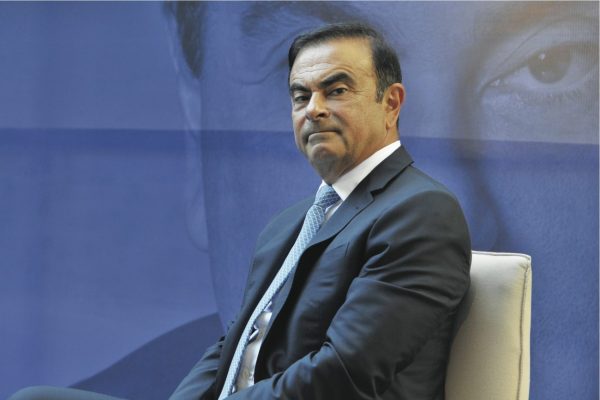 Former auto tycoon Carlos Ghosn, once-revered boss of three huge car companies, has masterminded an exit from Japan as stunning as his arrest that shocked the world more than a year ago.

The 65-year-old’s journey from one of the world’s best-known CEOs to a Japanese detention cell on financial misconduct charges was one of the most precipitous downfalls in corporate history.

And the man who once caught the media off guard by strolling out of his detention cell disguised as a workman has wrong-footed everyone again by leaving Japan for Lebanon, where he first arrived as a toddler.

Ghosn’s life was turned upside down on November 19, 2018 when Japanese prosecutors stormed his aircraft brandishing multiple accusations of financial crimes, and whisked him off to the Tokyo detention centre.

He languished there for more than 100 days until he was granted bail of nearly nine million dollars. In that time he lost his business empire: sacked from Japanese car giants Nissan and Mitsubishi Motors, he resigned from French manufacturer Renault.

Ghosn has consistently denied all charges against him, complained he would not receive a fair trial and chafed at the bail conditions imposed on him — especially a ban on communicating with his wife.

Totally at ease among the champagne receptions of the world’s elite at Davos and on the red carpet at the Cannes film festival, Ghosn came to epitomise globalisation.

A polyglot and holder of three passports, he wrote in an autobiography that “just as globalisation and identity describe Nissan, they also perfectly express my life”.

Born Carlos Ghosn Bichara in Brazil on March 9, 1954 to Lebanese parents, he moved as a very young boy back to Lebanon where he was educated in a multicultural Jesuit school by teachers from France, Lebanon, Syria and Egypt.

He completed his education in France, where he gained citizenship, and lived for many years in the United States.

At the age of 24, he was recruited by tyre firm Michelin where he embarked on a brilliant career and earned his nickname as a “cost killer”.

He moved to Renault in 1996, bringing a brutal early-rising work ethic to the French firm and again slashing costs wherever possible.

In 1999, he took a massive gamble on the struggling Nissan with a mandate to turn it around.

After a “honeymoon period when he was admired and seen as a hero”, his authoritarian methods began to grate, according to employees.

Ghosn himself said he did everything he could to ingratiate himself with Nissan.

“For the general shareholders meeting, I had practised bowing at 30 and 60 degrees. But I was there for one reason: to fix the company.”

Tensions mounted when he became head of Renault in 2005 and he added a third hat by becoming chairman of Mitsubishi Motors in 2017 — earning him millions of euros per year.

Lavish displays of wealth did not endear him to the Japanese, whose corporate bosses tend to be less well compensated than their western counterparts.

In 2016, he threw a huge party at the Palace of Versailles outside Paris, complete with actors dressed in period costume.

From the vast platters of fresh fruit at that reception to the rice-based diet at his detention centre, it was a head-spinning fall from grace.

In January, he gave AFP and a French newspaper his only foreign media interview during his detention, charging that refusal to grant him bail “would not be normal in any other democracy of the world”.

Ghosn is convinced he is the victim of a “plot” by Nissan executives to oust him and strenuously denies the charges he faces of under-reporting his salary and seeking to transfer personal investment losses to company books.

“Is it a trap? Is it a plot? It’s obvious: it’s a story of betrayal,” Ghosn said in his AFP interview.

Painted as a devoted family man, Ghosn said that not being able to speak to his family and missing his daughter’s birthday for the first time were the hardest parts of his detention.

He mused in 2017 that he planned to spend more time with his grand-daughters and pass on his wisdom to the corporate bosses of the future.

“I won’t settle in one place. I will travel all over the world. I cannot conceive of spending all my time in just one country,” he said at the time.

He has faced adversity before — at the age of two, he accidentally drank some unboiled water and nearly died. He has talked of ups and downs in prison — and in life.

“Life has a way of following its own unplanned path,” he once wrote.

But he could scarcely have imagined the route it would take over the past year.