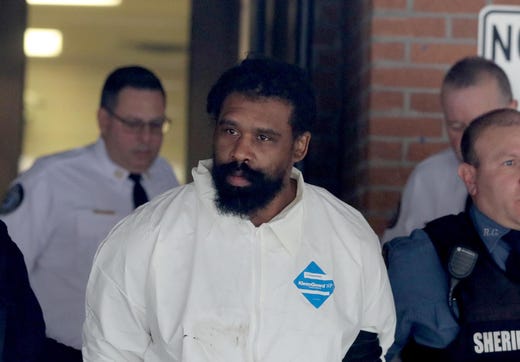 New York- At a Hasidic synagogue in Brooklyn, police, state troopers and civilian volunteers stand guard as Orthodox Jews mark the end of Hanukkah under heightened security following a spate of attacks.

Worshippers express a mixture of fear and defiance, rushing into the Chabad Lubavitch World Headquarters in Crown Heights two days after a stabbing spree at a rabbi’s house wounded five people.

New York, home to the largest Jewish community outside of Israel, had long been a place where Jews felt safe.

But after Saturday’s stabbing frenzy in New York’s Rockland County, and a shooting earlier this month at a kosher deli in suburban New York’s Jersey City that left six dead, the community is on edge.

“What are you gonna do?” asks Kaplan. “It’s never been the Jewish attitude to back off. We’ve always been persecuted. It is what it is. We gotta fight it with love.”

Others echoed his defiant attitude.

“I tell my family to go on and do whatever they have to do, like go to school and go to pray,” said Ron Fulop in Brooklyn’s Williamsburg neighborhood, also home to a large ultra-Orthodox Jewish community.

“Hiding doesn’t help. The main thing is we pray to God that we be safe,” the 40-year-old told AFP.

New York Mayor Bill de Blasio announced a series of measures to tackle what he called an anti-Semitism “crisis” sweeping the United States.

“It has taken a more and more violent form,” de Blasio told NPR, adding that the “forces of hate have been unleashed.”

On Monday authorities charged Thomas with federal hate crime charges, in addition to five counts of attempted murder laid after the attack.

Yitzchok Schwartz, 17, said more officers on the streets made him feel safer, but he still lived in fear of other attacks.

“We are scared,” he told AFP. “We also don’t know what to say to the kids so they are not scared,” Schwartz added.

Back at Chabad Lubavitch World Headquarters, a worshipper gives the thumbs up and says “God bless you” to Benjamin Garcia and three other members of Guardian Angels, a volunteer organization that patrols neighborhoods.

“We’re just making sure everybody safe,” says the burly 56-year-old, adding that they would make a citizen’s arrest if anybody tried to attack the synagogue.

Last year, a white supremacist shot dead 11 people at a Pittsburgh synagogue — the deadliest attack against the Jewish community in the United States.

A report in April from the Anti-Defamation League stated that the number of anti-Semitic attacks in 2018 was close to the record of 2017, with 1,879 incidents.

President Donald Trump tweeted that Americans “must all come together to fight, confront, and eradicate the evil scourge of anti-Semitism.”

“A lot of things are coming to the surface. People feel free to do more of what they want,” says Menachem Shagalow, holding his young grandson’s hand as they enter the synagogue.