US bombs Hezbollah in Iraq, Syria in retaliation for rocket attack 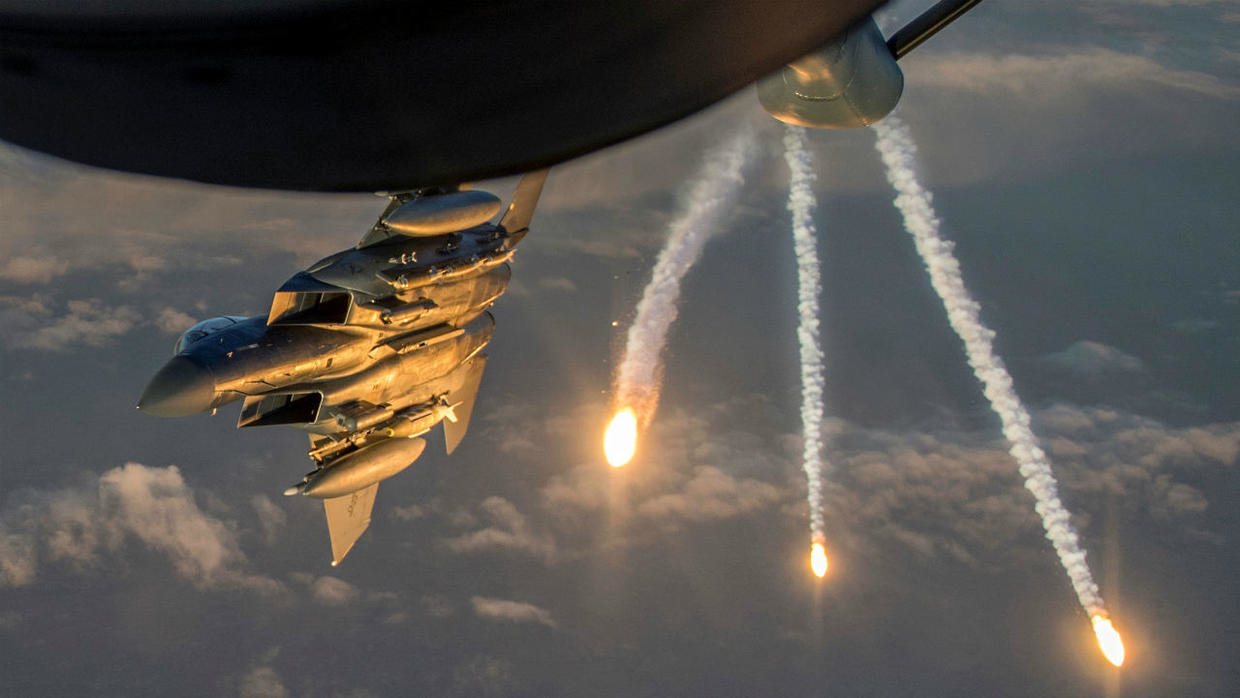 The United States has bombed the headquarters of the Iran-backed Iraqi Hezbollah militant group in Iraq and Syria, the Pentagon said Sunday, following a rocket attack in Iraq that killed a US civilian contractor.

The targets – three in Iraq and two in Syria – included weapons storage facilities and command locations used to plan and execute attacks, the statement added.

A US official, speaking to Reuters on the condition of anonymity, said the strikes were carried out by F-15 fighter jets.

An Iraqi military statement said four militia fighters were killed and 30 were wounded following three air strikes on Sunday. The dead included several Iraqi militia fighters killed in an air strike on their headquarters near the western Qaim district on the border with Syria, military sources and militia commanders told Reuters.

On Friday a barrage of 30 rockets was fired at an Iraqi military base in Kirkuk, an oil-rich region north of Baghdad, a US official told AFP. A US civilian contractor died in the attack.

A direct hit on an ammunition depot caused secondary explosions, and four more rockets were found in their tubes in a truck at the launch point.

Washington had recently promised “a decisive US response” to a growing number of unclaimed attacks on its interests in Iraq, which it blames on pro-Iran factions.

US-Iran tensions have soared since Washington pulled out of a landmark nuclear agreement with Tehran last year and imposed crippling sanctions.

Iraq, meantime, has been gripped by its biggest anti-government street protests since the US-led invasion of 2003 that toppled dictator Saddam Hussein.