Over 235,000 flee intense bombing by Russia and Syrian regime 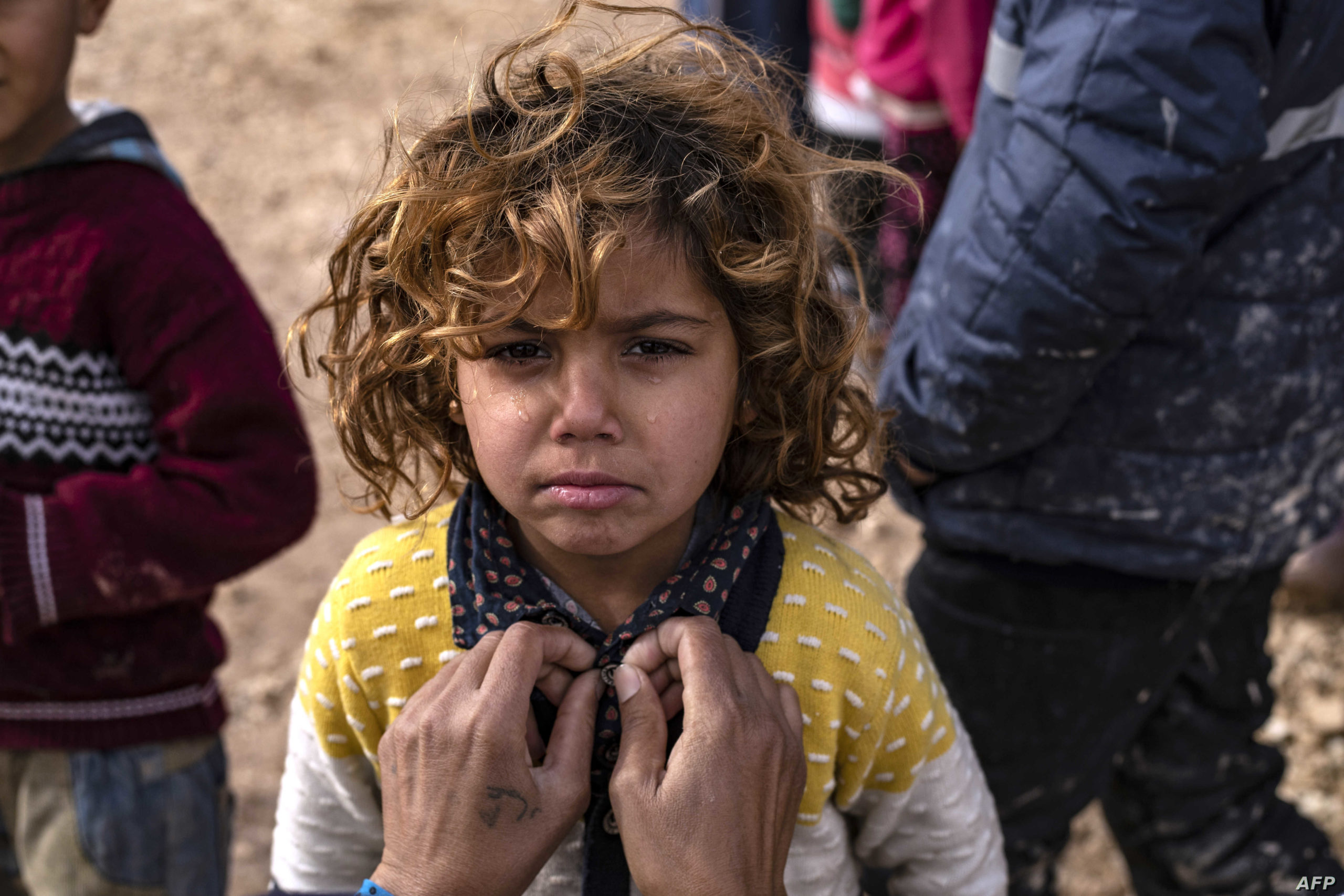 Syrian child stands at the Washukanni camp for internally displaced persons (IDP) in the mainly Kurdish northeastern Syrian province of Hasakeh on December 27, 2019. – Since a Turkish assault in northeastern Syria some 300,000 people have been displaced, according to the Syrian Observatory for Human Rights. (Photo by Delil SOULEIMAN / AFP)
Share:

Civilians on Friday packed a road leading out of northwest Syria, where two weeks of heightened regime and Russian bombardment has displaced 235,000 people.

Since mid-December, regime forces and their Russian allies have heightened bombardment on the southern edge of the final major opposition-held pocket of Syria, eight years into the country’s devastating war.

The latest violence in the jihadist-dominated Idlib region has killed scores of civilians, despite an August ceasefire deal and international calls for a de-escalation.

More than 235,000 people fled the area between December 12 and 25, mostly from the beleagured city of Maaret al-Numan which has been left “almost empty,” according to the United Nations’ humanitarian coordination agency OCHA.

OCHA spokesman David Swanson said Friday that more than 80 per cent of those who have fled southern Idlib this month are women and children.

“I can’t live in the camps,” said Umm Abdo, a mother of five who recently arrived in a displacement camp in the town of Dana, north of Idlib’s provincial capital.

“The rain is very strong, and we need heating … clothes, and food,” she said, her tired eyes showing through her veil.

The Idlib region hosts some three million people, including many displaced by years of violence in other parts of Syria.

It is dominated by the country’s former Al-Qaeda affiliate, Hayat Tahrir al-Sham, whose chief this week urged jihadists and allied rebels to head to the frontlines and battle “the Russian occupiers” and the regime.

Since December 19, HTS jihadists and their rebel allies have been locked in fierce battles with regime forces around Maaret al-Numan.

Damascus loyalists have seized dozens of towns and villages from jihadists in clashes that have killed hundreds of fighters on both sides.

The advances have brought them to within four kilometres (two and a half miles) of Maaret al-Numan, one of Idlib’s largest urban centres.

According to OCHA, ongoing battles have further amplified displacement from the area and the nearby town of Saraqeb.

“People from Saraqab and its eastern countryside are now fleeing in anticipation of fighting directly affecting their communities next,” it said.

The mass displacement could not come at a worse time, with heavy rainfall flooding squalid camps for the displaced.

“Being forced to move in winter months exacerbates existing vulnerabilities, particularly of the women, children, elderly, people with disabilities and other vulnerable groups,” OCHA said.

Since mid-December, the fighting has killed nearly 80 civilians, according to the Syrian Observatory for Human Rights war monitor.

Idlib’s residents mainly depend on critical cross-border aid, which came under threat last week after Russia and China vetoed a UN Security Council resolution that would have extended such deliveries for a year.

The move raised fears that vital UN-funded aid could stop entering Idlib from January unless an alternative agreement is reached.

The Syrian regime pulled out of its last outposts in Idlib province in 2015, following fierce battles with rebels and al-Qaeda-affiliated jihadists.

The Damascus regime, which now controls 70 percent of Syria, has repeatedly vowed to take back the region.

Backed by Moscow, Damascus launched a blistering offensive against Idlib in April, killing around 1,000 civilians and displacing more than 400,000 people.

Despite a ceasefire announced in August, the bombardment has continued, prompting Turkey this week to press for a fresh ceasefire deal during talks in Moscow.

France on Tuesday called for an “an immediate de-escalation”, warning of deteriorating humanitarian conditions.

The war in Syria has killed more than 370,000 people and displaced millions since it began with anti-government demonstrations brutally crushed by security forces.