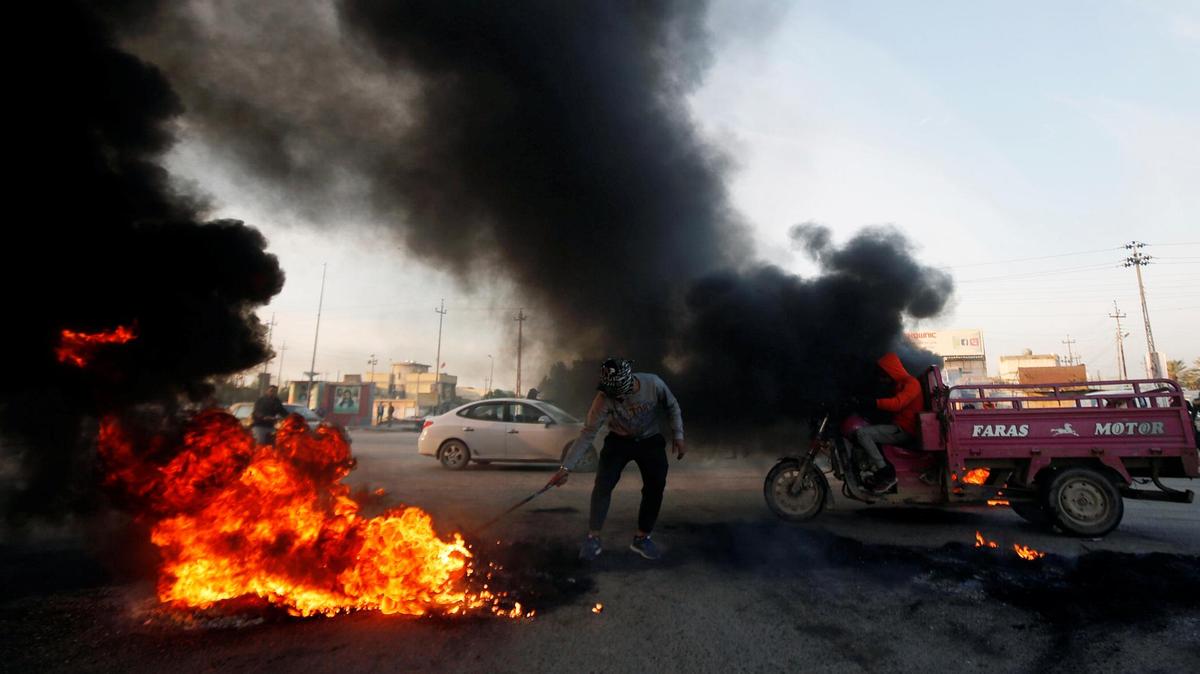 Iraqi protesters marched across Baghdad and southern cities on Sunday, holding a general strike to boost the anti-government movement as a deadline looms for parliament to designate a new prime minister.

Thousands headed towards the capital’s Tahrir Square and the southern cities of Diwaniyah, Muthana, Wasit, Basra, Maysan and Nasiriyah demanding for a government overhaul.

Protesters are holding the government accountable for being inept, corrupt and beholden to neighboring Iran.

“We are holding a strike today because no one has responded to our demands; the political elite have done nothing to meet any of our requests, our situation remains the same,” Ahmed Al Hassani, a university student from Baghdad, who took part in the protests told The National by phone.

“It makes no difference if a new prime minister is elected, we want the whole government to resign,” Mr Al Hassani said.

Protesters blocked off public buildings one by one in Diwaniyah, and put up banners reading “The country is under construction, please excuse the disruption”.

For the last two months, the country has been rocked by deadly anti-government protests seen as the worst upsurge of public unrest since the US-led invasion in 2003.

More than 400 people have been killed and 19,000 wounded since the protest movement started in early October, the UN has said.

Activists in the southern cities called on protesters in Tahrir Square to escalate their peaceful demonstrations.

“We are requesting the protesters in Baghdad to strike in front of foreign embassies, urging their missions to not deal with a criminal government,” Alaa Al Rikabi, a prominent activist in Nasiriyah’s province of Dhi Qar, said in a statement on Facebook.

His resignation was triggered by a wave of violence against the demonstrators and by the intervention of the country’s top Shiite cleric Grand Ayatollah Ali Sistani, who has a large sway in Iraqi politics.

Mr Abdul Mahdi will carry out the day-to day government business pending the name of a new premier.

Qusay Al Suhail, who served as education minister in the government of Mr Abdul Mahdi is likely to become his successor but protesters have widely rejected his candidacy because he is pro Iran

Yet, the movement has lost momentum in the last few weeks due to intimidation and violence imposed by Iranian-backed militias, according to the UN.

The Iraqi High Commission of Human Rights said it was pressuring the government to take effective measures to stop the killing and kidnapping of innocent civilians.

“The Iraqi judiciary must hold the perpetrators accountable and give them a fair punishment for their acts,” Aqeel Al Musawi, the commission’s president, said in a statement.

But the movement appeared to have regained strength on Sunday.