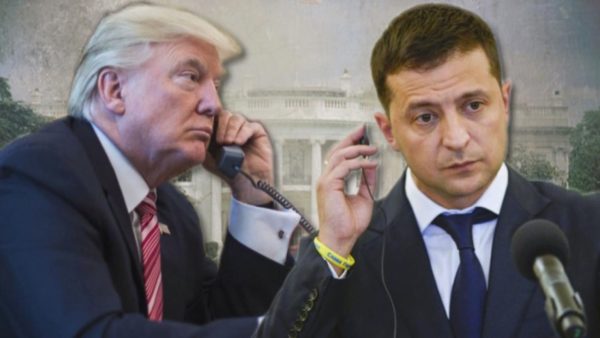 A US budget official told the Pentagon to “hold off” on military aid to Kiev 90 minutes after a controversial phone call between President Donald Trump and his Ukrainian counterpart Volodymyr Zelensky, according to an internal email.ADVERTISING

The email was part of a series published by the investigative nonprofit Center for Public Integrity.

Trump is accused of withholding $400 million in assistance to Ukraine to push Kiev to investigate his political rival Joe Biden.

“Based on guidance I have received and in light of the Administration’s plan to review assistance to Ukraine… please hold off on any additional DoD obligations of these funds,” Office of Management and Budget official Michael Duffy wrote in an email to Pentagon officials.

The email is time-stamped 11:04 am — an hour and 31 minutes after Trump’s controversial July 25 phone call with Zelensky ended, according to a summary of the conversation released by the White House.

“Given the sensitive nature of the request, I appreciate your keeping that information closely held to those who need to know,” Duffey added.

Republicans defended the move in a December 2 House of Representatives staff report, saying it was “not unusual” for foreign aid to be delayed, the Center for Public Integrity noted.

And Republican Senator Ron Johnson on Sunday told ABC’s “This Week” that the “new emails don’t shed any new light” on Trump’s rationale for withholding aid to Ukraine.

“The president was concerned about whether or not America’s hard-earned taxpayer dollars should be spent into a country where there’s been proven cases of corruption,” he said.

“If nothing is wrong with withholding the aid, why didn’t Michael Duffey want anyone to know about what he was doing?” Schumer wrote.

The email “is all the more reason why we need Duffey and others to testify in a Senate trial.”

“If the president is so innocent and shouldn’t be impeached, why is he afraid to have these people come forward?” the presidential hopeful said.

Trump was impeached by the House of Representatives for abuse of power and obstruction of Congress on December 18.

Despite testimony from 17 officials that Trump leveraged his office for political gain, the president has maintained his innocence throughout the impeachment inquiry — denouncing it as an “attempted coup” and an “assault on America.”

He faces a trial in the Senate, possibly in January.