Impeachment is incredibly popular, but Trump is not 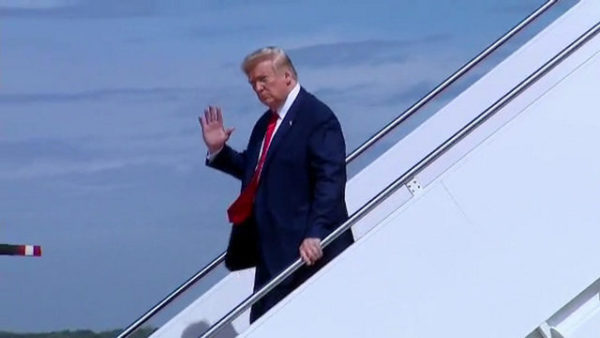 The overlooked story of the past three months is that support for removing the president has remained strong.

By David A. Graham

The cynical read on the impeachment of President Donald Trump is that it hasn’t changed anything: Here we are, weeks into the process and on the eve of a House floor vote, and there’s scant movement in public and elite opinion to show for it. Notwithstanding the mountain of new evidence uncovered by the House Intelligence Committee, the battle lines remain the same: Most Democratic House members will vote to impeach the president, while acquittal in the Senate is a foregone conclusion.

But maybe the most salient fact about impeachment is how little something else has changed. Impeachment is incredibly popular, especially given the polarized environment.

A Fox News poll released yesterday found that a full 50 percent of Americans support impeaching and removing Trump—one point up from October. The Fox poll has always been one of the worst for the president on impeachment, but FiveThirtyEight’s polling average finds plurality support for removal—47.7 percent for, 46.4 percent against as of this writing—a finding that tracks consistent, slim support. (The site finds even broader support for the impeachment proceedings themselves, at 52.3 to 41.9 percent.) RealClearPolitics’ average, which is noisier, shows a small plurality opposing removal at this moment, though it was the opposite yesterday. The Economist findsclear plurality support for impeachment as well.

It’s worth dwelling on this for a moment: Roughly half the country not only disapproves of Trump’s job as president, but believes he ought to be removed from office, a sanction that has never been applied before. And that support comes at a time of (mostly) peace, with the economy (mostly) strong. There’s more support for impeaching Trump now than there was at the equivalent stage in the Watergate scandal—right after articles of impeachment were approved by the House Judiciary Committee. Rather than face impeachment, Nixon resigned. (Nixon, however, had far lower approval ratings than Trump does now.)

The lack of movement over the past few weeks, given the overwhelming evidence, is certainly disheartening. As Michael Tesler writes in The Washington Post, the most persuadable voters aren’t paying much attention to the impeachment. Most voters are likely following their party affiliation: “A long line of social science research shows that when political elites are this sharply divided, the public follows their lead. Partisan messaging is so powerful that Americans tend to adopt their party’s standpoint even when that position runs counter to science and objective facts.”

Most Republicans in both chambers have abdicated their responsibility on impeachment. There is a coherent case to be made, as in the impeachment of Bill Clinton, that the president had made serious errors, but that those errors didn’t merit the drastic sanction of impeachment. Some Republicans, especially in the Senate, have said that Trump acted inappropriately but shouldn’t be removed. Many others, like Senator Lindsey Graham, have instead repeatedly moved the goalposts, then thrown up their hands and just defended the president unconditionally.

Even though Trump almost certainly won’t be removed, the breadth of support for impeachment, especially when compared with his approval ratings, could have important repercussions in the 2020 election. For roughly the entire Trump presidency, a small majority of Americans has disapproved of Trump, while a substantial minority has approved of his tenure. Yet despite this disapproval, most members of that majority did not support removing the president.

That changed in late September, as the Ukraine scandal metastasized and House Speaker Nancy Pelosi launched an impeachment inquiry. Suddenly, most of the disapprovers backed removal. In other words, the inquiry may not have changed many minds about Trump, but it did change minds about the appropriate remedy for his conduct in office. And while Trump and his allies deserve credit for muddying the waters in the weeks since, and for preventing large numbers of defections among his supporters, there haven’t been any substantial defections from those who support impeachment, either.

This dynamic may help to explain news over the weekend that Representative Jeff Van Drew, a Democrat from New Jersey, will switch parties. Van Drew will make for an odd Republican: He has endorsed Senator Cory Booker for president, voted with Pelosi on most issues, and has been a Democratic elected official for decades. But he has been an outspoken opponent of impeachment. This placed him in a tough spot, politically: Running as a moderate helped him flip a Republican district in the 2018 election, but given the strength of pro-impeachment feelings among Democrats, his stance would have made it hard for him to survive a Democratic-primary challenge.

The intensity of anti-Trump feeling could remain influential long after the Senate trial ends, because once a voter decides that she not only dislikes the president but feels he ought to be removed from office, it’s tougher to imagine that future events, from a booming economy to a trade deal, will persuade her to change her mind and support him.

This may be why, despite Trump’s repeated insistence that impeachment is good for him, he is not mad, and actually he finds this funny, he is apoplectic about the process. The president has a keen intuitive grasp of politics and understands the challenge facing him. While it may be true, as his campaign says, that impeachment has motivated his base to support him more strongly, it has also motivated his opposition—and that opposition remains significantly larger.

Trump’s most likely path to reelection has always been to repeat his 2016 feat of losing the popular vote but winning the Electoral College. That path remains open, but the past two months has made the chance that Trump could win a plurality or majority of the popular vote even smaller.

The matter is fairly simple: Impeachment is popular. The president is not.