Lebanese Cardinal calls on politicians to listen to God’s will 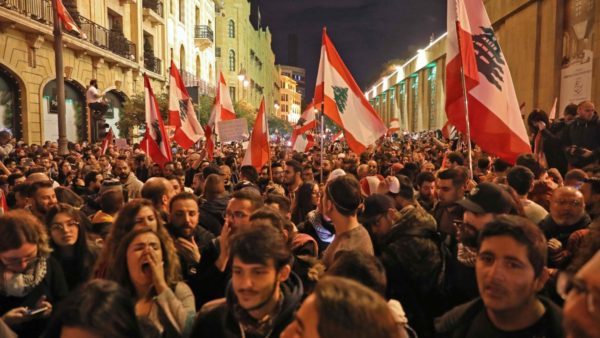 Lebanese demonstrators take to the streets in Beirut (AFP or licensors)
Share:

The Maronite Patriarch of Lebanon urges the country’s political leaders to take responsibility for the good of the people entrusted to them .

The Maronite Patriarch, Cardinal Bechara Boutros Rai, told the congregation for his Mass on Sunday 15th December that if politicians in his country had listened to the will of God, Lebanon would not be engulfed in the crisis presently gripping the country.

The Vatican Fides news agency reports that the leader of the Maronite church used his homily to say that “If politicians were truly inspired by the divine will and prayed, Lebanon would not find itself today in a desperate economic and financial situation, with paralyzed institutions. The people would not be reduced to hunger, humiliated, with more than a third of its citizens below the poverty line, while about half of the Lebanese are unemployed.”

A series of protests, and sometimes accompanying violence, have been taking place across the country since October. Lebanon’s economy has grown weaker, with the government unable to pay for basic amenities such as electricity, drinking water or refuse collections. Tax increases aimed at raising capital in order to pay for said services, have also proved extremely unpopular.

Cardinal Rai used his homily to call on politicians to take more responsibility for their actions and the goods entrusted to them on behalf of those they govern.

“”If the leaders had listened to the voice of God they would not have squandered public funds, the ministries would not have been divided among themselves and they would not have ignored the requests of the people who demonstrate and strike,” he said. He went on to note that these protests have united people who would normally be divided along religious and sectarian lines, saying that this is a phenomenon which politicians “cannot ignore or underestimate”.

Protesters have organized rallies in major Lebanese cities, where fireworks and bottles have sometimes been thrown at security forces.

The Maronite Church is one of the Eastern Rite Catholic churches, whose origins can be traced back to the 5th Century AD. Originally most of its members were in the Middle East, though in recent decades they have spread more widely across the world.

Bechara Boutros Rai has been Patriarch of the Maronites since 2011. Pope Benedict XVI made him a Cardinal in 2012. In 2013, he became the first Maronite Patriarch to participate in a papal conclave.