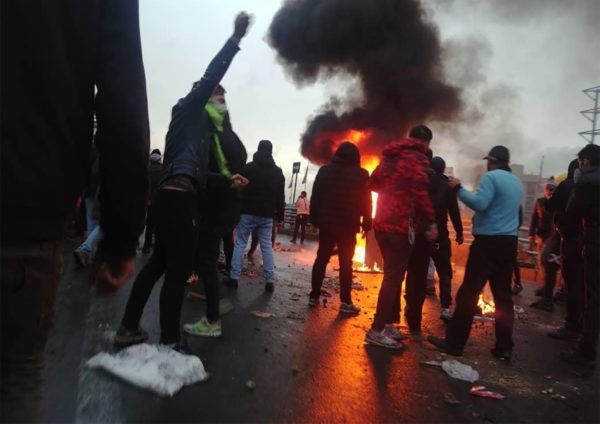 Demonstrators protest an increase in gasoline prices in the Tehran last week. Security forces in Iran have clamped down, resulting in thousands of arrests and more than 300 deaths.(AFP)
Share:

At least 304 people were killed in Iran during a three-day crackdown against protests across the country in November, according to a new Amnesty International toll published Monday.ADVERTISING

The rights group had earlier estimated 208 deaths, including two youths aged 15 and 17.

Iran has dismissed such figures as “utter lies”.

Amnesty said it collected “harrowing testimony” suggesting that after authorities “massacred” protesters, they orchestrated a “wide-scale clampdown” to cover up the deaths.

“Iran’s authorities are carrying out a vicious crackdown following the outbreak of nationwide protests on 15 November,” the London-based rights watchdog said in a statement.

“Thousands of protesters as well as journalists, human rights defenders and students” were arrested, Amnesty said, “to stop them from speaking out about Iran’s ruthless repression”.

The nationwide demonstrations were triggered by a shock fuel price hike.

Authorities restored order within days, but so far have confirmed just five deaths, including four members of the security forces killed by “rioters”.

An official death-toll based on figures from the national forensic institute is awaited.

“Independent sources” told Amnesty that a month after the unrest, “security forces are still carrying out raids across the country to arrest people in their homes and places of work.”

Adolescents as young as 15 have been “detained alongside adults”, Amnesty said.

With dozens held in “incommunicado detention” and others in “conditions amounting to enforced disappearance”, some detention centres face “severe overcrowding”, Amnesty claimed.

The organisation called on Tehran to “urgently and unconditionally release all those who have been arbitrarily detained”.

It called on the international community to apply urgent pressure, without which “thousands will remain at risk of torture and other ill-treatment”.