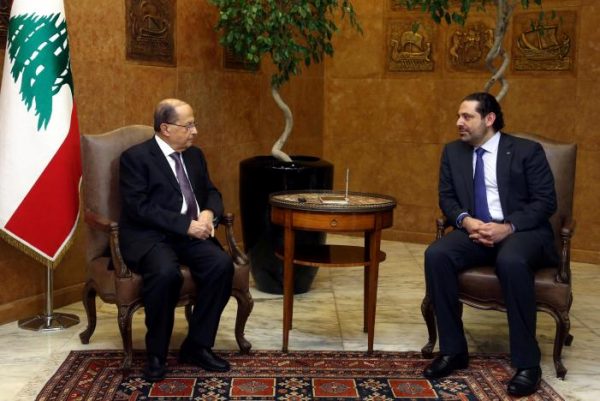 The violence was the toughest crackdown so far on anti-government demonstrations that have gripped Lebanon since mid-October, paralyzing the nation and plunging this tiny Arab country into unprecedented political and financial turmoil.

The presidential palace said the consultations, which had been planned for Monday would take place on Thursday instead, following a special request from outgoing Prime Minister Saad Hariri.

Hariri resigned in late October, after the protests first broke out earlier that month over widespread corruption and mismanagement. The palace said Hariri asked President Michel Aoun to give time for more discussions among political groups before official consultations take place.

On Sunday, someone set fire to two tents set up by protesters in Martyrs’ Square in Beirut, which has become the epicenter for the anti-government gatherings. After hours of clashes, the army deployed around central Beirut, putting an end to the pitched street battles. The Lebanese Civil Defense said it transferred 20 injured to hospitals while it treated over 70 protesters on site.

Earlier, confrontations overnight between Saturday and Sunday, left more than 130 people injured in Beirut, according to the Red Cross and the Lebanese Civil Defense. The Red Cross said none of the injured were in serious condition and most of them were treated on the spot.

Although the protests had united all Lebanese sectarian and ethnic groups against the ruling elites, tensions have lately surfaced between protesters and supporters of the Shiite groups Hezbollah and Amal, after the latter rejected criticism of their leaders.