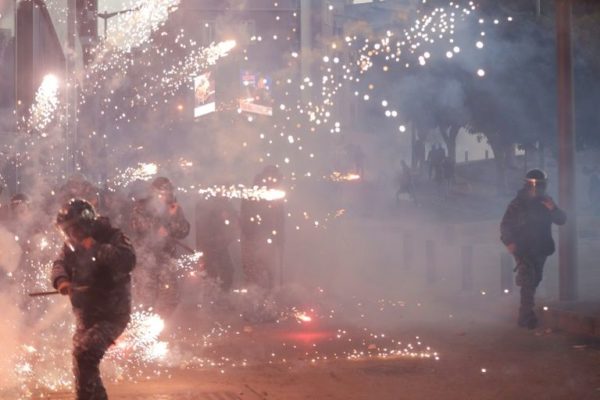 The square, in central Beirut, has been at the epicentre of protests which flared in mid-October over perceived official corruption, poor services and economic woes.

These large anti-government rallies, which grew into calls for a root-and-branch overhaul of the state, have mostly passed off peacefully.

However, clashes have become more frequent in recent weeks, with supporters of Hezbollah and Amal attacking protest camps in several cities amid counter-demonstrations.

Both Amal and Hezbollah are partners in Lebanon’s cross-sectarian government.

The counter-protests have taken place in the capital and other Lebanese cities in recent weeks, prompting the leader of Hezbollah on Friday to urge his supporters — and those of Amal — to stay calm.

Hassan Nasrallah said that the “anger” of some of his movement’s members had gone “out of control” but stressed it had been quickly contained.

In a televised address, he urged his supporters to exercise “patience”.

On Saturday evening, clashes involving anti-government protesters erupted in Beirut at the entrance to the street leading to parliament, which was blocked by security forces.

The protest movement forced the resignation of prime minister Saad Hariri on October 29 and official talks to name his replacement are to start Monday.

The process of forming a government will take place as Lebanon faces an economic crisis.