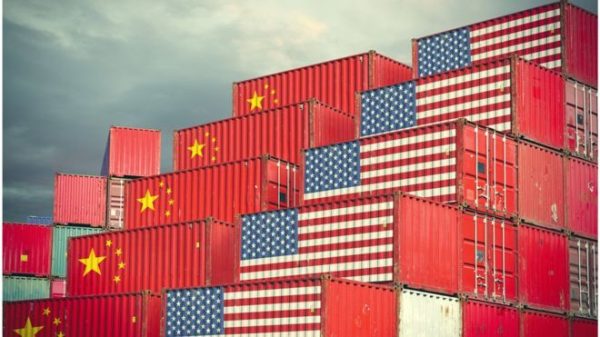 WASHINGTON – The United States has reached a “phase-one” trade deal in principle with China, a source briefed on talks between the two nations said on Thursday, saying a statement from the White House was expected soon.

Bloomberg News was first to report a deal in principle had been reached.

U.S. negotiators have offered to reduce tariffs on about $375 billion in Chinese goods by 50% across the board, two people familiar with the negotiations said, and suspend tariffs on $160 billion in goods scheduled to go into effect on Sunday.

“The Wall Street Journal story on the China Deal is completely wrong, especially their statement on Tariffs,” the president wrote on Twitter. “Fake News. They should find a better leaker!”

Trump did not specify which story he was referring to. The Wall Street Journal reported a day earlier that US negotiators had offered to lower tariffs on roughly $360 billion worth of Chinese products.

The Journal did not immediately respond to a request for comment. The White House declined to elaborate. The Office of the US Trade Representative did not respond to several emails.

China is expected to hold a press briefing on trade at 10 a.m. ET. Officials initially scheduled the briefing for a half hour earlier but delayed it at the last minute.