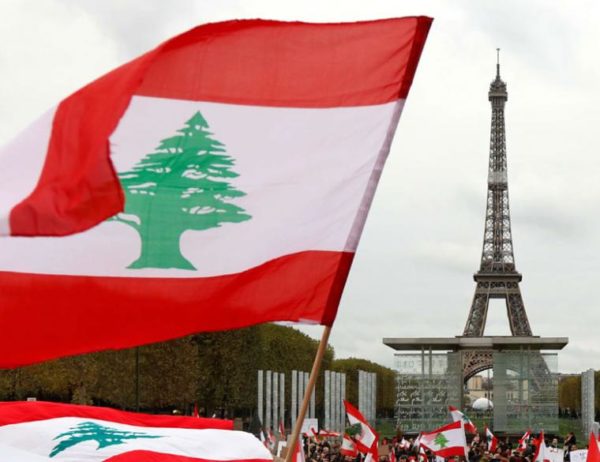 Lebanon’s appeal for foreign aid rebuffed pending reforms “The only possible criteria (for aid) is the effectiveness of the government in implementing the reforms awaited by the population,” said French Foreign Minister Jean-Yves Le Drian.
Share:

Grappling with its worst economic crisis since the 1975-90 civil war, Lebanon has been politically paralyzed since Saad al-Hariri quit as prime minister after mass protests against the ruling elite.

“In order to halt the sharp deterioration in the economy… there is an urgent need for the adoption of a substantial, credible and comprehensive policy package of economic reforms to restore fiscal balance and financial stability,” said a final communique after the Paris meeting.

They urged Lebanese authorities to immediately adopt a “reliable” 2020 budget after the formation of a new government as the “first step in a multi-year fiscal program” and to fight more rigorously against corruption.

“Lebanon faces a deep economic and social crisis which has placed the country at risk of a chaotic unwinding of its economy and increased instability,” said the group.

Heavily indebted Lebanon won pledges of over $11 billion at a conference last year, conditional on reforms that it has failed to implement. The protests that erupted on Oct. 17 are fueled by years of corruption and waste.

French Foreign Minister Jean-Yves Le Drian said that the commitment of Lebanese authorities to an agreed roadmap was “fundamental.”

“Only, ladies and gentlemen, this path will enable all the participants around this table, and beyond, to mobilize to provide Lebanon with the support it needs and that we are ready to mobilize for this country,” said Le Drian.

Lebanon’s fractious sectarian leaders have struggled to agree on a new prime minister since Hariri resigned. Backed by Gulf states and the West, Hariri has said he would return but only as part of a cabinet comprised exclusively of specialists.

A diplomatic source said the support group was intent on holding back all financial help until a credible government was in place, adding there would be “no blank check or bailout”.

Lebanon’s caretaker finance minister said a sharp drop in revenues in recent months means the state’s 2019 budget deficit would now be “much bigger” than expected.

The country’s commercial banks have imposed tight controls to hold back capital flight, curbing hard currency withdrawals and all but blocking transfers abroad.

Moody’s said the measure “constitutes a deposit default based on the rating agency’s own definitions”.