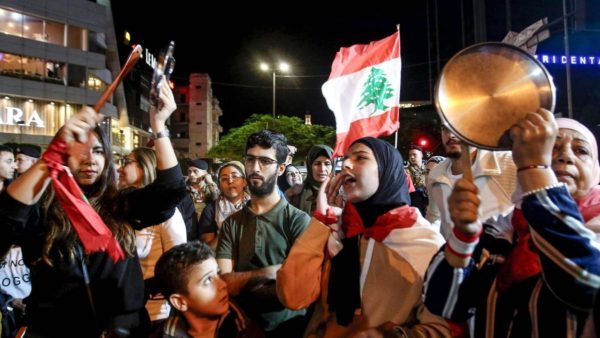 Lebanon has been gripped by nationwide protests for the past two months with citizens demanding reforms and changes in the political system. AFP
Share:

Lebanese leaders urged to respond to the demands of the people

Paris: The UN-created International Support Group (ISG) for Lebanon meets in Paris Wednesday, stressing the need for a stable government that listens to public opinion expressed in an ongoing popular uprising, organisers said.

France and the UN were to co-host the meeting, which the French foreign ministry said “should allow the international community to call for the rapid formation of a credible and efficient government to take the decisions necessary to restore the economic situation”.

And it urged the authorities to “respond to the aspirations expressed by the Lebanese” people.

The aim of the gathering would be to identify the conditions and reforms required from the government “so that the international community can accompany Lebanon” on its recovery, the foreign ministry said in a statement.

It vowed France’s continued support for the country in the current “difficult context”, and said stability in Lebanon was essential for the region.

The ISG was created in 2013 by then UN Secretary-General Ban Ki-moon to help Lebanon deal with the fallout of the war in neighbouring Syria. It gathers agencies of the UN, the European Union, Arab League, United States, China, France, Germany, Russia, Italy and Britain.

But an organisation calling itself the Union of Secular Lebanese in France vowed to protest at the foreign ministry against any meeting with Lebanon’s “current corrupt government”, which it described as illegitimate.

Lebanon has been gripped by unprecedented cross-sectarian protests since October denouncing perceived government mismanagement and corruption.

Prime Minister Sa’ad Hariri stepped down two weeks into the revolt, but a deeply divided political class has failed to reach agreement on a new head of government. Hariri remains caretaker premier.

“We ask all those responsible for this meeting to respect the demands of the Lebanese people,” the organisers of Wednesday’s picket said by email.

“Any financial assistance provided under this framework will only support the corrupt… system that is unable to manage the crisis.”

The US State Department said Assistant Secretary for Near Eastern Affairs David Schenker would attend the ISG meeting “to facilitate the formation of a government capable of implementing economic reforms and ending endemic corruption”.