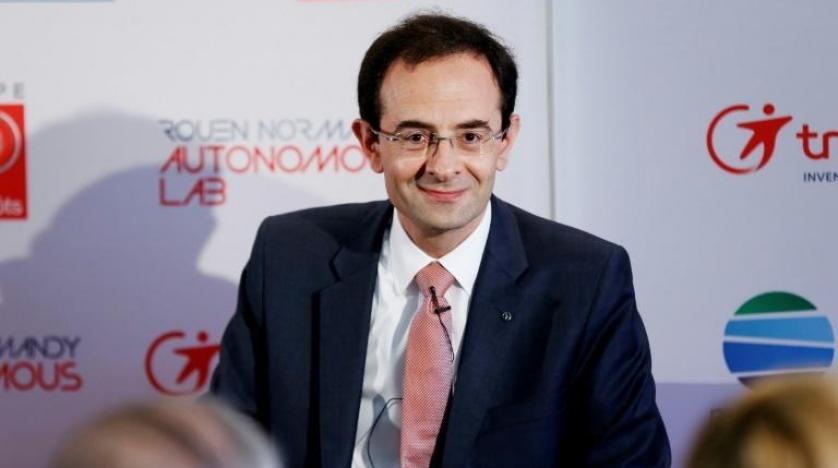 Hadi Zablit looks on during the presentation of the autonomous car service in the northwestern city of Rouen on June 26, 2018. CHARLY TRIBALLEAU / AFP
Share:

A Lebanese French engineer has been chosen as secretary general of the Renault-Nissan-Mitsubishi auto alliance, part of a new business framework announced a year after former boss Carlos Ghosn was arrested.

Hadi Zablit, 49, will oversee industrial cooperation projects to improve the efficiency and financial performance of the partnership, a source close to the matter told Agence France Presse on Friday, confirming a report in French newspaper Le Figaro.

The operational revamp aims to mark a new start for the trio as they battle to emerge from the shadow cast by the legal woes of Ghosn, detained last November over allegations of financial impropriety.

The dual citizen, born in Lebanon, first joined Renault as an engineer and product manager in 1994. He left to work for the Boston Consulting Group in 2000 and returned to the French car giant nearly three years ago. In March 2018 Ghosn appointed Zablit as the business development chief in a major management reorganisation to find new synergies in purchasing, engineering and other departments for the alliance.

The 65-year-old Brazil-born executive — one of the world’s best-known and respected tycoons — is now out on bail after 130 days in a Japanese detention center.

He faces charges of deferring part of his salary until after his retirement and concealing this from shareholders, as well as siphoning off millions in Nissan cash for his own purposes.

Ghosn says he is innocent and is seeking to have his case declared null and void — even if legal experts and his own defense deem his chances unlikely.