Minors arrested for removing a poster of the president’s party, released 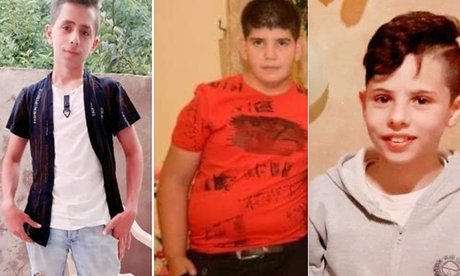 Several youngsters including minors were released at dawn Sunday after being arrested around midnight for removing a banner hung outside the offices of the Free Patriotic Movement (FPM) in the Upper Metn town of Hammana.

The National News Agency said residents of the area were rallying outside the Hammana police station when the five were released.

Protest movement activists had reacted angrily overnight on social media, after initial reports said minors were being held for “tearing up a picture of President Michel Aoun.” It later turned out that the reports were baseless.

“Down with the regime that arrests children,” said one user.

“When a 12-year-old child manages to shake the state’s throne, you know the state is corrupt,” another wrote.

In a statement, the FPM warned that “such actions are unfamiliar and create undesired tensions in this region,” urging all sides and parties in the region to “preserve security and stability.”

It also stressed its keenness on “coexistence in Mount Lebanon.”

Security forces released the five detainees after midnight after taking a statement from them, the Committee of Lawyers for the Defense of Protesters said.

The army said two of the children were 15 years old, while the third was 12.

During the first month of demonstrations, security forces arrested 300 people including 12 minors who were released within the next 24 or 48 hours, according to the lawyers’ committee.

But 11 people — including two minors — remain in detention accused of attacking a hotel in the southern city of Tyre in the first week of the uprising.